Samsung has started rolling out their latest user interface One UI 5.0 to some Galaxy devices. The first models to receive this latest update are the s22 series. After running the final Beta version for some time now, the stable version is finally here. Today, most owners of the Samsung Galaxy S22, S22 Plus and S22 Ultra have received the update via OTA.

Meanwhile, there is a whole lot more models that are preparing to receive their own stable version of the One UI 5.0. Most of these phones are still in the Beta program with a few models already in the final Beta.

The new One UI comes with a couple of new features, optimizations and customizations. With One UI 5.0, personalization of your lock screen has become simpler than ever. You can begin customizing your lock screen right from the lock screen.

You don’t need to go into the main system settings to do this anymore. All you have to do is to touch and hold the lock screen. With this, you can select your own clock style, change your wallpaper and customize your notifications.

The flexibility of the Android 13 also gives you the freedom of using any video you want as a wallpaper. So, your sweet memory videos can now be on your lock screen too.

If you don’t have the artistic skills to make your own customizations, Samsung still has something for you. The One UI 5 comes with a couple of templates that will do the job for you. You have already-made images, videos, gradient color backgrounds and filters to decorate your lock screen and home screen just the way you like it.

Multitasking also got better on Samsung smartphones with the One UI 5.0. Apart from the easy taskbar navigation, you can now swipe two fingers on your Galaxy smartphone to activate another app in multitask mode. You can also allow another app to float on the split screen.

One UI 5 comes with another impressive feature that other brands like Apple will definitely envy. Henceforth, you don’t necessarily have to read from the screen before you can know who is calling. At a glance, you can tell who is calling. The One UI 5 now allows you to set a different background for each contact. So, just by looking at the color or background of your screen, you can see who is calling.

There is another new feature called the Sleep mode. What this does is that it automatically sets some actions when it’s time to sleep. Like adjusting the screen brightness and changing the sound of your phone.

another mode that will come in quite handy is the Activity mode. This mode will trigger a particular feature based on what you are doing at each moment. For example, it will automatically turn on music when you are exercising. When you are studying, it will also turn on do not disturb mode. 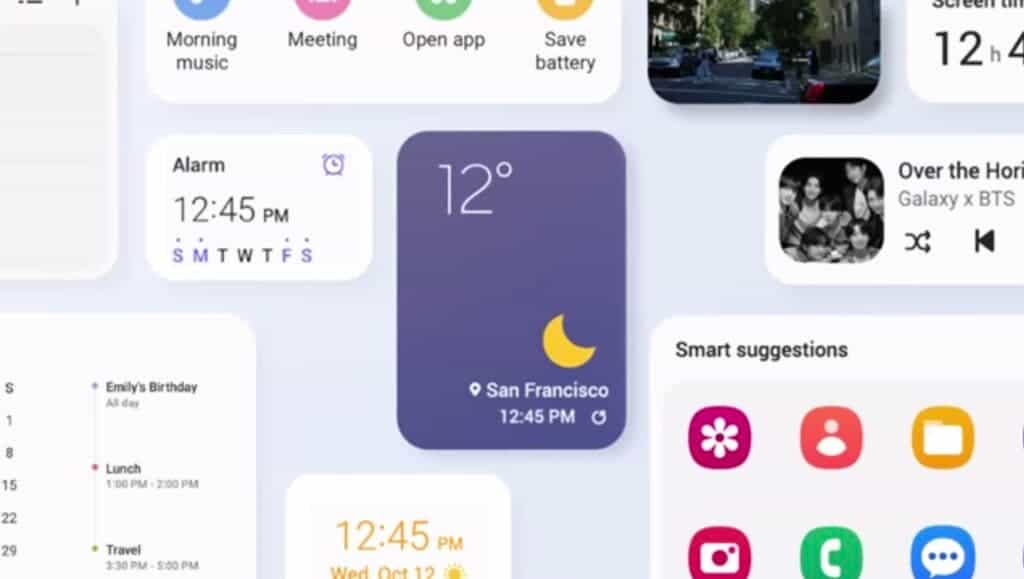 For a moment, you can forget that you have made settings to automatically trigger when you activate a particular mode. Maybe your phone goes to silent when study mode is activated. But then you get worried because you forgot that you made those changes in the routine settings. There is a feature to remind you that a particular routine is currently running. So that you can easily know why somethings change automatically. Samsung calls this feature ‘Activity Routines’.

Widgets have become the new trends in mobile phones’ user interface today. While all manufacturers are placing multiple apps in one place to create widgets. Samsung has taken a different dimension with its own widgets. They call this one “Stack Widgets”. This new feature allows users to group multiple widgets in one place. All you have to do is to drag one widget over another widget. Doing this will automatically create stack widgets, making your home screen cleaner and organize.

Now, your Samsung smartphone can tell what to add to each widget. Based on how you use your smartphones and the apps that you use more frequently, Smart Widgets will suggest to you which app to add to which widgets.

The user interface of the One UI 5 also looks more polished than the previous edition. Blur effects look more natural, and animations too feel smoother. Samsung has also improved the transition effects between apps. The transition effects give instant feedback as soon as you touch the screen. This gives more intuitive interactions between the user and his smartphone. 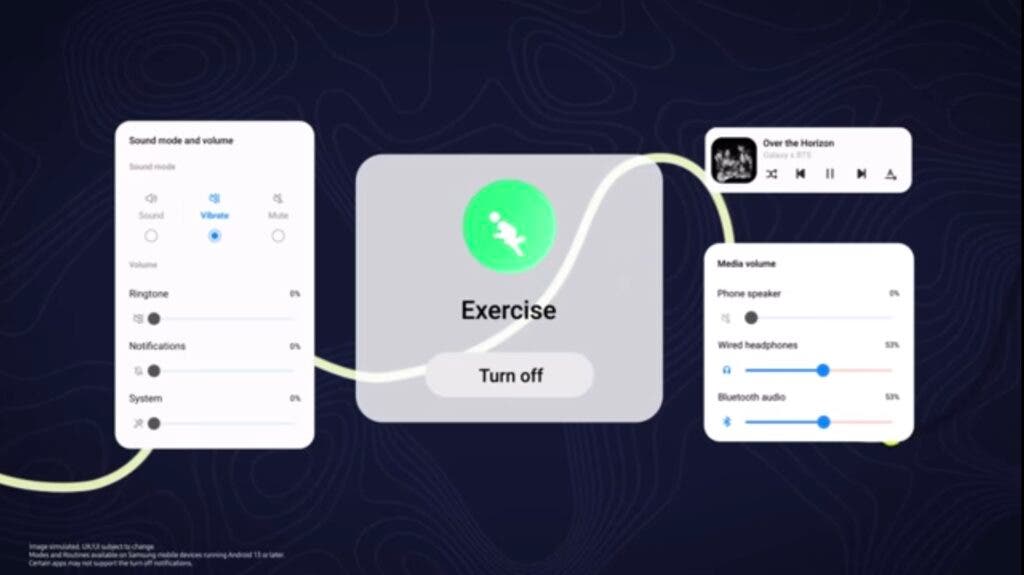 If you know Samsung very well, you will know that they barely release a system update without touching on the cameras. The One UI 5 also brings some new camera improvements and better user experience. Thanks to One UI 5, you can now zoom in and out with just one hand. They have minimized the zoom button to help you perform zoom functions with just one swipe.

What this means is that you don’t have to take your phone closer to the food to take close up shots. You can just stand at a good distance and zoom in; your phone will do the rest.

This is one feature that many users including me have wanted for some time now. This is not the usual watermark you see other manufacturers use. Samsung’s watermark is very different. For example, it allows you to add date and time the photo was taken in the corner of the photo. You can also input your own custom text as watermark. 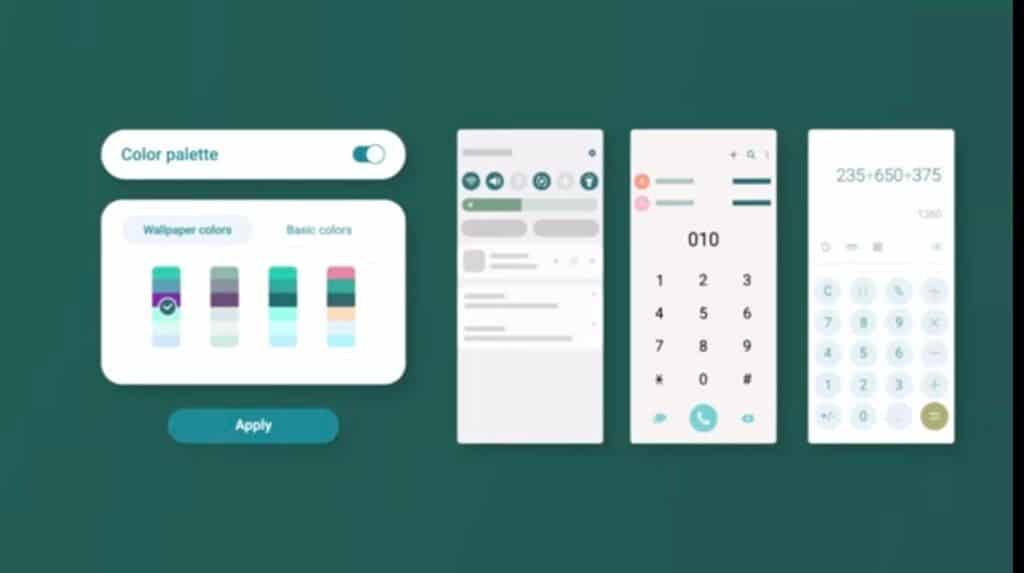 There is a lot more features that Samsung didn’t mention in the One UI 5 introduction video. But there is one phrase they made that looks like Samsung is mocking Apple. One of the main highlights of the iOS 16 is the ability customize the wallpaper to suit your style. Apple highlighted this feature with the statement “Make iPhone Your Own”.

Samsung’s One UI 5 has also brought similar customizations, but Samsung’s customization goes beyond just the wallpaper. There are dozens of customizations you can do in your phone as well. In their introduction video, Samsung also made the statement “Truly Make it your own”.

So, do you see what I see? Do you think Samsung Mocks Apple in their introduction video due to their limited customizations? Let’s discuss it.

Previous Google invests in developing its own hardware

Next How to ensure emergency communication after a major disaster