Apple launched a bunch of new products this year and it’s almost done with its software and hardware releases. Now, the company starts to shift its focus to the next year, which will bring a whole new generation of products. While the year does not end, there are rumors about more products in Apple’s pipeline. The company already unveiled the iPhone 14 series, new iPad and iPad Pro models, and even a new Apple TV 4K. Now, rumors talk about new MacBook 14 and MacBook 16 models, and also about a new Mac Pro with a new Apple M2 Extreme chipset variation.

Apple began a new tendency with the Apple M1. The company’s first ARM-based processor was a hit and established a new era for Apple computers. Now, the company is in the second (at least in number) generation. Most of the company’s products are using ARM-based processors. The iPhones and some iPads have the Apple A-series. Meanwhile, some Macs, MacBooks, and also iPad models bring processors from the Apple M-series. However, there is still one product waiting for its entrance in the ARM era – the Mac Pro. This will change soon.

According to Bloomberg’s Mark Gurman, the upcoming Apple Mac Pro is in development. In addition to this fact, the analyst shared some tidbits about the Mac Pro specifications. According to him, the upcoming Mac Pro may arrive in two distinct configurations. Apple may produce one model with an Apple M2 Ultra. This is the “basic model”. The advanced model will come with an all-new chip – the rumored Apple M2 Extreme. That is how Gurman describes the new SoC, despite the name, it’s not related to radical sports (pun intended). However, the chipset sits above any other Apple M2. 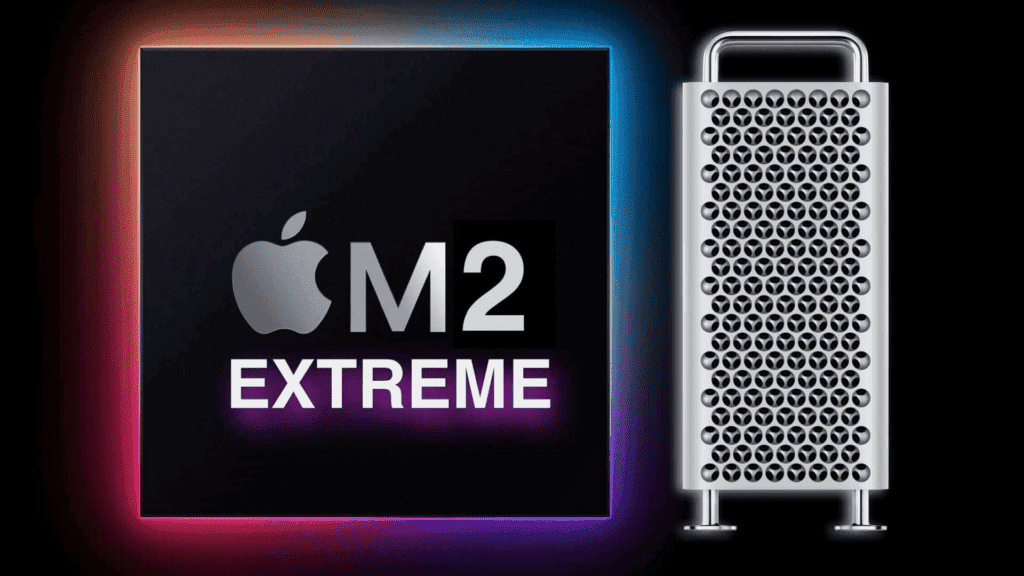 Gurman states that the Apple Mac Pro will come with options with 24 and 48 CPU cores. When it comes to the GPU, there will be options with 76 and 152 graphics cores – along with up to 256 GB of memory. Moreover, he states that there is a Mac Pro model in active testing with 24 CPU cores and 76 graphics cores. This model has 192 GB of memory. That particular machine runs macOS 13.3, which is way above the macOS Ventura 13 that launches on Monday.

These specifications are certainly impressive. However, we advise you to digest them with a pinch of salt. Mark Gurman has a solid track recording, but these specs are based on a testing model. The final product may be slightly different as anything can change through the route. Anyway, the rumored Apple Mac Pro is not distant from the shore.