The Nokia G60 was unveiled the last month and now seems to be making its way to the Indian market. The news was shared by Nokia’s Twitter account in India. As you can expect from the current Nokia, it’s mostly a low-end smartphone with an appealing price. However, the Indian pricing and availability details are yet to become public.

The Nokia G60 specifications include the Qualcomm Snapdragon 695. That is the most appealing point of this phone since the chipset is relatively good and offers 5G connectivity. The phone also has a 6.58-inch LCD screen with Full HD+ resolution and a 120 Hz refresh rate. The phone brings a dot notch design for the selfie snapper – it’s an 8 MP shooter. Moving around to the back, there is a triple-camera setup with a 50 MP main camera. The other two snappers are a 5 MP ultrawide and a 2 MP depth helper. 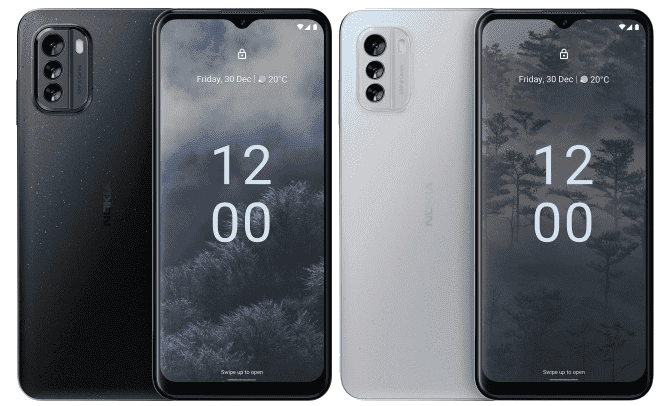 The Nokia G60 was launched alongside the Nokia X30. However, it’s unclear if that particular variant will also reach the Indian market along with the Nokia G60. We expect the company to reveal more details in a near future.

Nokia gave up the idea of competing against the big ones with smartphones for all categories. The company’s rumored flagship never saw the light of day. Instead, it has been focusing on budget phones and collecting good results from them. Meanwhile, the company is establishing a solid presence in the segment of 5G networks.

Previous Realme 10 4G has MediaTek Helio G99 under the hood