Huawei can’t keep the same pace when it comes to releasing new smartphones in the market. The US sanctions forced the company to reduce its lineups. Considering all the challenges, the company has been doing a great job with a couple of budget smartphones, premium mid-range, flagship phones, and even foldable phones. The company’s latest flagship, the Huawei Mate 50 Pro, is one of the best in the camera department. Today, the Chinese brand is bringing a new budget phone, that as usual comes under the Nova series. The device in question is the Huawei Nova Y61. The new phone had its specifications and details revealed on Huawei’s global website.

The Huawei Nova Y61 packs a 6.52-inch IPS LCD screen with HD+ resolution and a standard 60 Hz refresh rate. That is probably the major drawback in the display, but it’s something common in low-end phones. The device has a dot-notch design for the 5 MP selfie shooter. Moving around to the back, the Huawei Nova Y61 packs a 50 MP main camera with an f1.8 aperture alongside a 2 MP macro camera and a 2 MP depth module. That is the usual combo in budget phones. Under the hood, the phone packs a mysterious Octa-Core chipset with 4 GB / 6GB of RAM and 64 GB of Internal Storage. 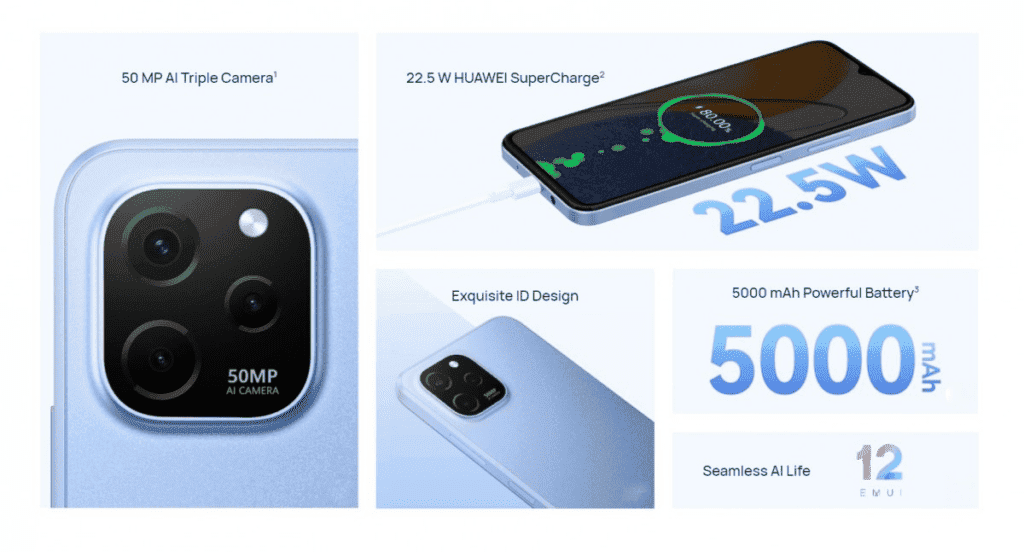 In terms of software, the Huawei Nova Y61 runs EMUI 12. It comes with a 5,000 mAh battery that charges with 22.5W fast charging over the USB Type-C port. The phone is only LTE capable and has a deprecated Wi-Fi 4 standard. The phone has a 3.5 mm audio jack. It’s unclear in the listing whether the phone has a micro SD card slot for further storage expansion. A surprising twist is the presence of NFC. 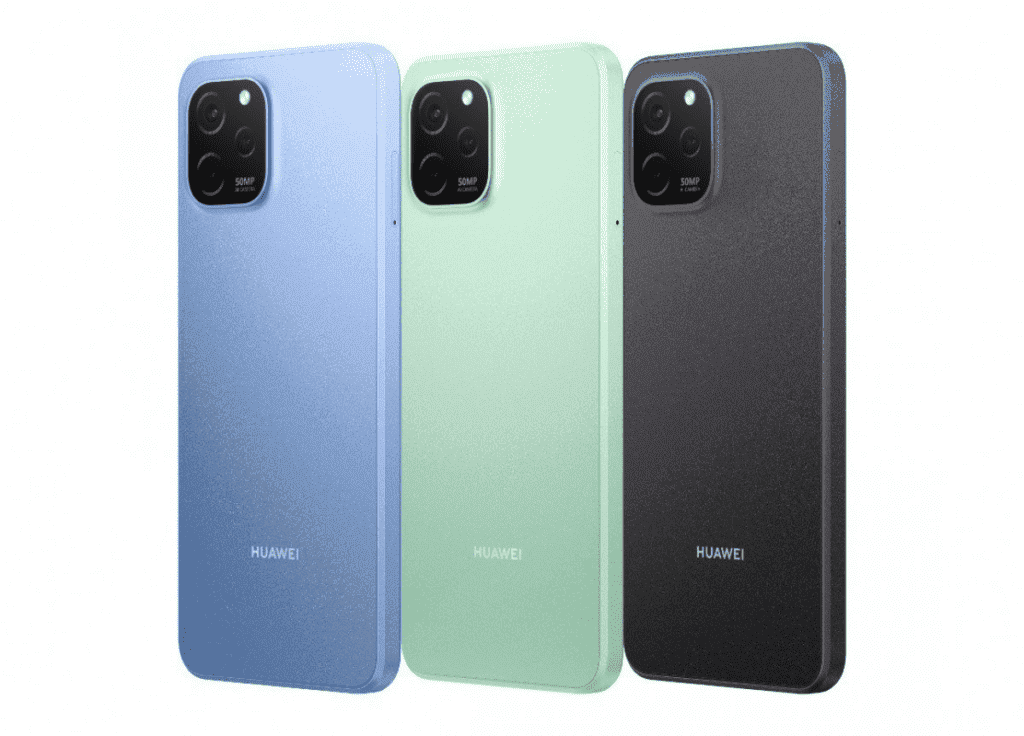 Anyway, it sells in Sapphire Blue, Mint Green, and Midnight Black. Unfortunately, the pricing is still unclear. There is no word about the global release, but we assume that there aren’t major issues preventing Huawei from bringing it to key global markets.

Next Realme 10 series will hit the market on November 9