As per recent reports, the Samsung Galaxy S23 series will go all-Snapdragon in the next year. Apparently, Samsung gave up on the idea of splitting its flagship line between Snapdragon and Exynos variants. The discussions around this have been there for years, but this year, the lackluster performance of the Exynos 2200 forced Samsung to ship more Snapdragon variants to the world. For the next year, it will use only the Snapdragon 8 Gen 2. But that does not mean that its chipset division is gone! There is still a lot of work being done to push it forward. A pair of new chipsets received Bluetooth SIG certification.

Samsung keeps fighting to become a force in the segment of mobile chipsets. A new pair of Exynos chips have been certified as part of the company’s efforts to push the Exynos gang forward. The two Samsung Exynos 1330 and 1380 chips probably stand for the mid-range lineup. Most precisely, we will likely see new Galaxy A-series phones landing with these chips in 2023. An interesting detail is that SIG certification confirms Bluetooth 5.3 compatibility for these SoCs. It’s a step in the right direction to offer the new standard. 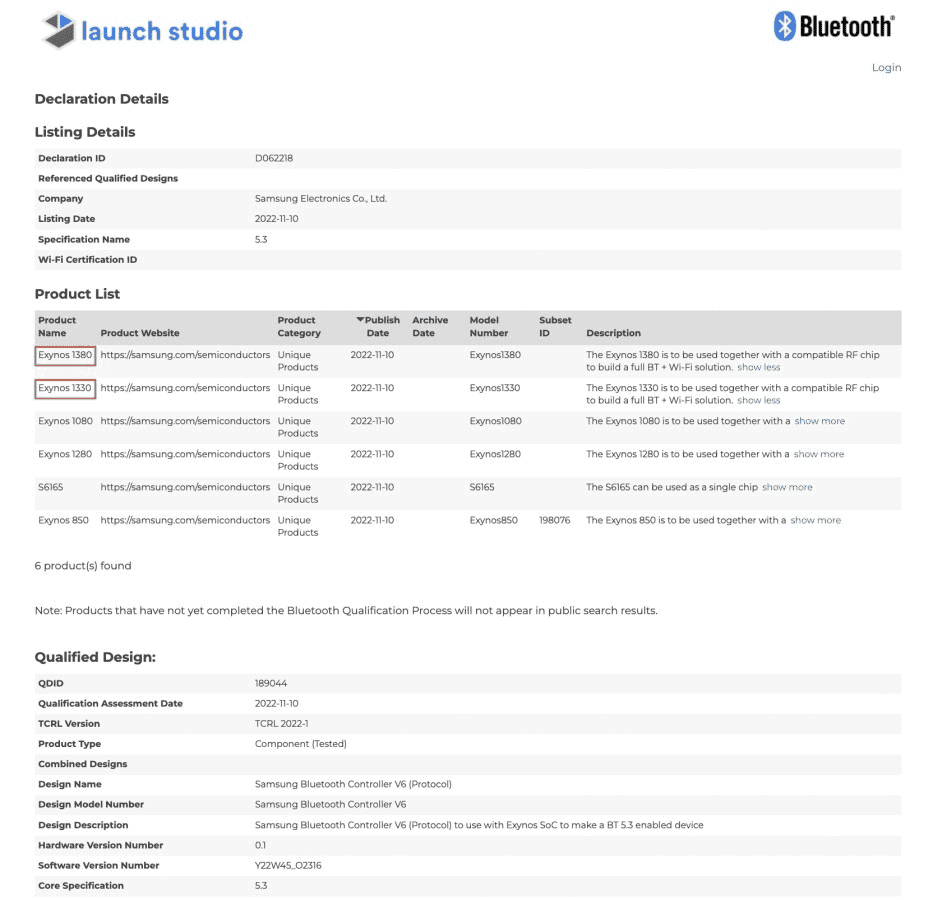 As per the reports, the Samsung Exynos 1380 is the successor to the 1280. The rumors say it packs 2 x ARM Cortex-A CPU cores alongside the Mali-G615 GPU and an integrated 5G modem. The modem will offer support for mmWave and sub-6 GHz connectivity. The chipset can appear in Q1 2023 in devices such as the Galaxy A54 or the Galaxy A74. These devices are quite important since they can lead the sales for the family.

1380 is tied to the mid-range and “upper-mid-range” segments. Meanwhile, the Samsung Exynos 1330 will be in the lower spectrum of the market. Apparently, the chipset will be modest and fit in the category occupied by the old Exynos 850 from 2020.

More details will appear in the next months, worth noting that Samsung is also busy with the Tensor G3.