Samsung is gearing up to introduce its next big thing in the form of the Samsung Galaxy S23 series. The devices have been leaking a lot in recent days. We already have the first impression of their design thanks to leaked renders. Moreover, a couple of certifications have detailed some of its specs. Recently, the vanilla smartphone passed by Geekbench with the Snapdragon 8 Gen 2. Now, it’s time for the king of the lineup – Galaxy S23 Ultra – to show its muscles on the popular benchmarking website.

The Samsung Galaxy S23 Ultra passed by the benchmark website carrying the Snapdragon 8 Gen 2. That’s not a big surprise, after all, a number of reports have been confirming Qualcomm’s flagship SoC for its upcoming flagships. There are reports about versions with the Exynos 2300. However, none of them has been spotted on Geekbench.

According to the leak, the Galaxy S23 Ultra boasts the SM-918U model number. The Geekbench listing confirms the handset carries the unnamed chipset with the codename “Kalama”. That chipset has a 1 + 2 + 2 + 3 CPU cluster configuration. The prime core in this CPU is clocked at an impressive 3.6 GHz. According to rumors, this falls in line with the Qualcomm Snapdragon 8 Gen 2. The upcoming chipset will have a four-cluster configuration with 1 x Cortex-X3, 4 x Cortex-A715, and 3 x Cortex-A510. To recall, the Galaxy S23 with the same configuration passed by the website with SM-S911U codename.

As you can imagine, the chipset boasts the Adreno 740 GPU. Not much is known about this GPU at the time of this writing. However, we expect significant improvements over the Adreno 730 GPU. It will compete against ARM’s Immortalis G715 GPU, coming with the Dimensity 9200 SoC. 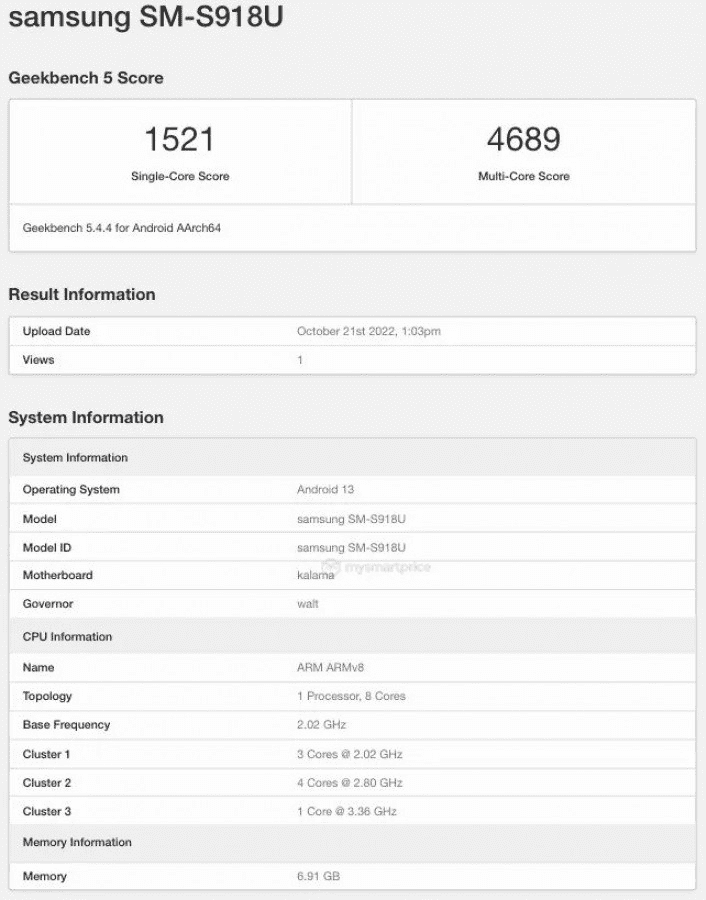 The Samsung Galaxy S23 Ultra scores 1,521 points in the Single-Core tests. When it comes to the Multi-Core department, it scored an impressive 4,689 result. Just like the Galaxy S23, this particular variant has 8 GB of RAM. Anyway, we expect the Ultra variant to bring at least one more option with 12 GB of RAM. Hopefully, Samsung won’t be so conservative to keep just 8 GB of RAM for its prime flagship. GSMArena believes that this is just a test unit, and the actual retail units will have 12 GB of RAM.

Last but not least, the Geekbench benchmark also confirms the phone runs on Android 13. That will likely come with One UI 5.1 on top. Yes, One UI 5.1. Although Samsung is rolling out stable One UI 5, we’re pretty sure it will launch a new incremental update within the Galaxy S23 series. That has been a tradition for every Galaxy S and Z launch. 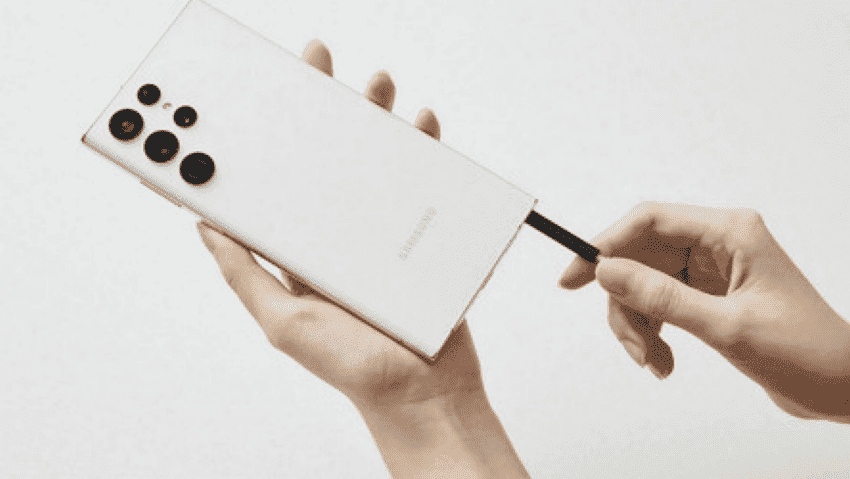 The Snapdragon 8 Gen 2 will be fully unveiled in the next month. So far, we have no official details about the Exynos 2300. Leaks, keep saying we can also expect variants with it. Anyway, the S23 Ultra will keep the design of its predecessor, and most of the specs. The camera department gets an upgrade with a new 200 MP camera from Samsung. The device will likely retain the 5,000 mAh battery with 45W charging found in its predecessor.

We expect more details to keep popping out in the next weeks. The Galaxy S23 series will likely appear in Q1 2023. So far, most of the leaks have been pointing to “incremental upgrades only” in these new Galaxy S23 flagships. Apparently, Samsung is adopting the same strategy as its major rival – Apple. Even so, The Galaxy S23 Ultra brings major differences in the camera and internal hardware. The vanilla and Plus variants, on the other hand, will retain the camera arrangement, possibly changing only the sensors of each snapper. They will also have a new design, that is basically the same of the Galaxy S22 and S23 Ultra.

Next Xiaomi reclaims the No 1. spot in India - beats Samsung & others