The Realme 10 Pro runs on the Qualcomm Snapdragon 695 SoC, which is the exact same chipset as the Realme 9 Pro. One interesting upgrade here is that the base model has 256 GB of Internal Storage. The options are in the RAM department, which has 8 GB and 12 GB LPDDR4X RAM trims.

The Realme 10 Pro flaunts a 6.72-inch LCD with Full HD+ resolution. Sadly the Pro is not making the return to the AMOLED. However, this seems to be a good panel of the LCD kind. It has up to 680 nits of brightness. Moreover, it brings a 120 Hz refresh rate and 240 Hz touch sampling rate. Since it’s an LCD, the fingerprint scanner needs to go to the side as a power button. An interesting fact here is that the punch-hole camera goes to the center of the display. Realme has been known for using top-left punch-holes for a long time but this started to change with the Realme GT Neo 3. 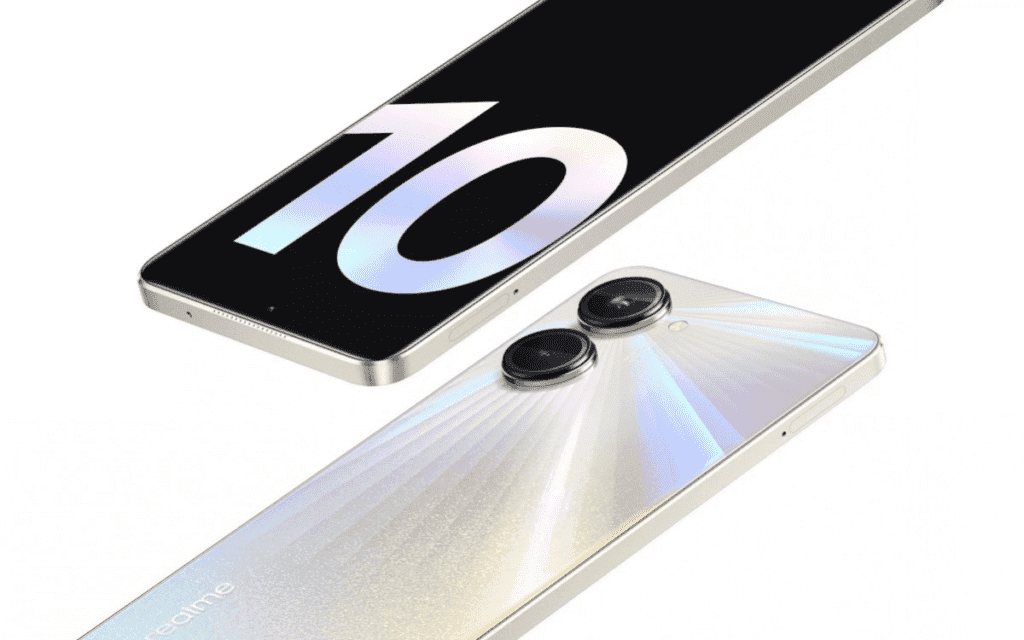 The Realme 10 Pro has a 108 Megapixels camera with an ISOCELL HM6 module from Samsung. Interestingly, it offers a Nonapixel pattern which consists of nine-to-one pixel binning. Unfortunately, the ultrawide shooter is absent here, we get just a decorative 2 Megapixels depth sensor. For selfies and video calls, there is a 16 Megapixels selfie shooter.

The Realme 10 Pro will draw its power from a 5,000 mAh battery with 33W fast charging. The phone has dual-SIM support, but the micro SD card slot is missing. Obviously, with 256 GB of storage, not everyone will really need a micro SD card. But that was been a mark of the mid-range segment, and even the long-standing supporters are starting to drop it.

The Realme 10 Pro+ is equipped with the MediaTek Dimensity 1080 SoC, which is not too far from the Qualcomm Snapdragon 695 in terms of performance. It’s the same chipset found in the Redmi Note 12 Pro series. Going back to the Realme 10 Pro series, the Pro Plus smartphone’s base model has 8 GB of RAM and 128 GB of Internal Storage. That’s strange, but the base model here has less storage.

The Realme 10 Pro+ will pack a 6.7-inch AMOLED screen with Full HD resolution. The smartphone also has a 120 Hz refresh rate, and 360 Hz touch sampling rate. There is also a 10-bit panel with DCI-P3 color gamut coverage and 800 nits brightness. This one has a 61-degree 2.5D curved panel, which is the first for this family. 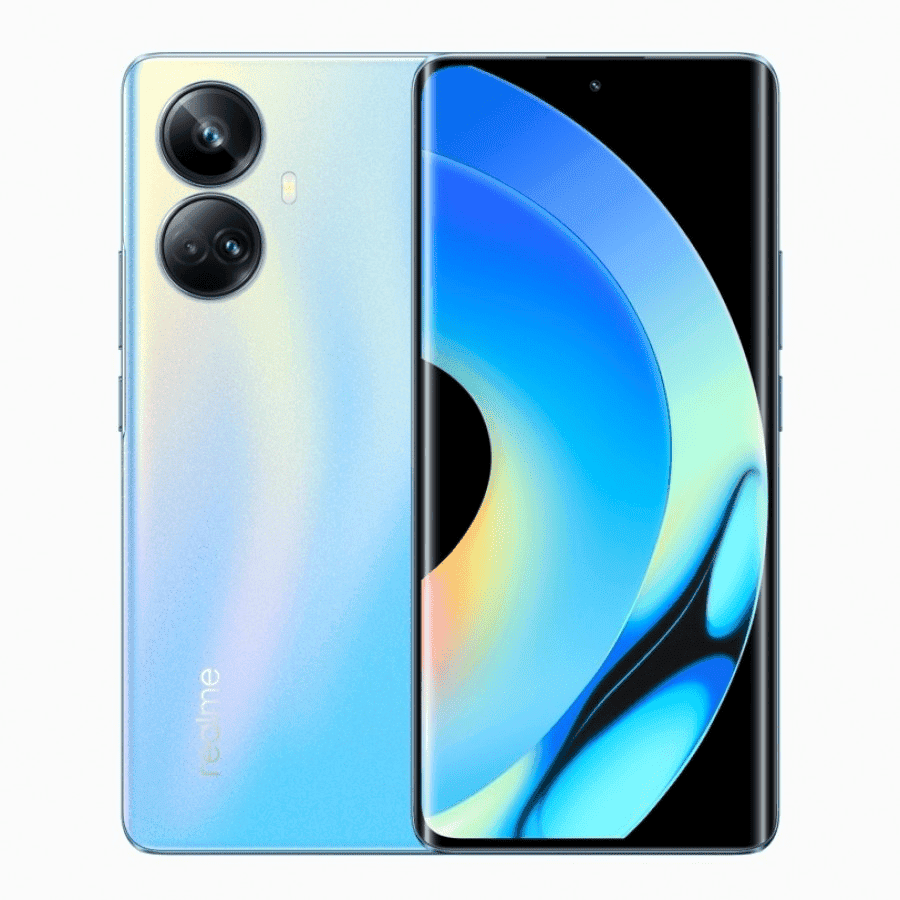 Interestingly, the smartphone is lightweight at just 173 grams and is also thin at 7.78 mm. However, that is only possible when we’re not counting the protruding camera module. The phone brings the same 108 Megapixels camera. Thankfully, this one gets an 8 Megapixels ultrawide snapper with 120 degrees of FOV, and a third 8 Megapixels macro shooter. It has the same 16 Megapixels camera in the front-facing punch-hole camera.

The most interesting detail in these smartphones is Realme UI 4.0. The UI is a surprise since we were not expecting it to appear at this point when Realme is rolling out Android 13-based Realme UI 3.0 updates for all of its devices. We assume that in the future, the company will roll out the new UI for all phones running Android 13. An interesting detail is that the Realme 10 Pros are the first Realme smartphones to run Android 13 straight out of the box. 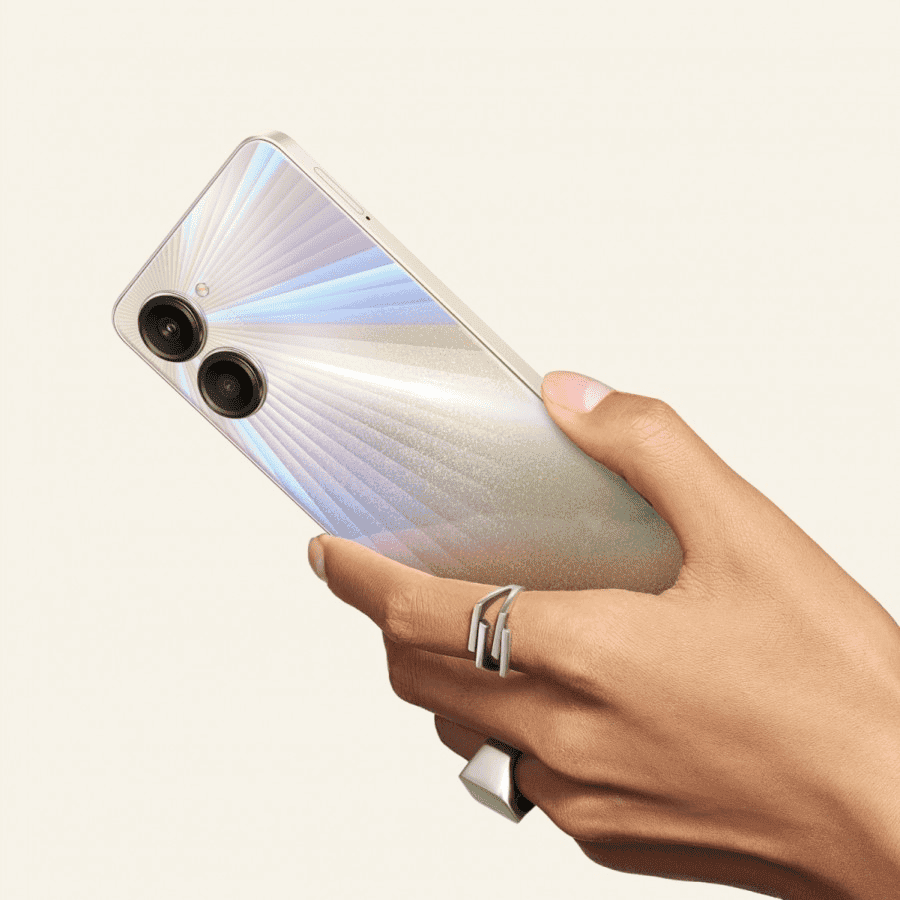 Curiously the updated firmware is the only real advantage these devices have over the Redmi Note 12 Pro and Redmi Note 12 Pro+. The Redmi Note 12 Pro series has similar performance but is far better in other aspects such as camera, display, and charging speed. We don’t need to say why this comparison is important, these lineups have been competing for immemorial times.

Previous Stable One UI 5.0 Based On Android 13 Comes To Galaxy Flip 4 And Fold 4