This year, Apple added the new Apple Watch Ultra to its smartwatch lineup. The new product is the company’s super-premium watch, specially made for extreme circumstances. It has the most durable materials, and also costs a lot more than its siblings. One of the main appeals is to allow users to track their activities, even the extreme ones. Today, the Watch Ultra is getting more workout options in the third-party app Slopes. Once installed, the watch will allow you to track your Ski and Snowboard workouts.

The app can even detect the resort you’re practicing these sports, but some of the features are locked by a paywall. Slopes is not an official app, but greatly improves the experience with the Apple Watch Ultra. The app even supports the Action Button of the Watch. The key is exclusive to the Apple Watch Ultra, and so far, Slopes is one of the few apps that can enjoy it. Users can assign the button to start a workout with the app with a single Press. To pause, you’ll need to press the Action Button and the Side button at the same time. Slopes works seamlessly with Siri as well. So you can see the voice commands on the menu. 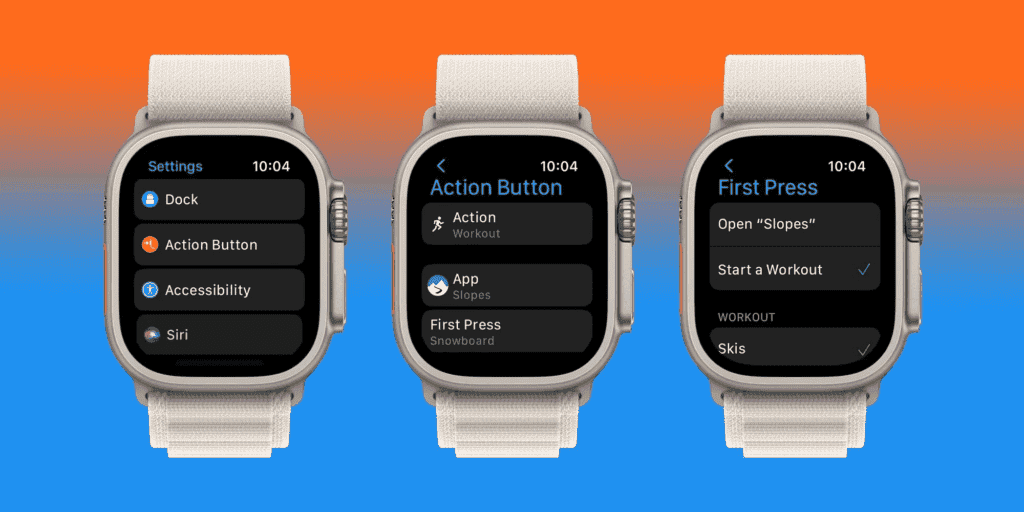 In addition to that, the Apple Watch Ultra and others can switch to water lock mode when a Slopes workout begins. This feature is to prevent accidental touch on the display with all that snow. Users can leave the Water Lock by pressing down and holding the Digital Crown for a few seconds.

Next Samsung Galaxy A14 5G gets exposed in renders