Samsung is already preparing for the next generation of phones under the Galaxy A-series. While the spotlight is on the Galaxy A74 and Galaxy A54, we are also expecting the Galaxy A14 to appear soon. One of the lowest devices on the ladder may also appear before the others. To recall, the Galaxy A13 was the first of the Ax3 generation to appear. That said, we expect the Samsung Galaxy A14 5G to appear very soon. Today, we have a good look at the phone’s design thanks to a leaked press image. The phone looks a lot like its predecessor and keeps some low-end design elements. 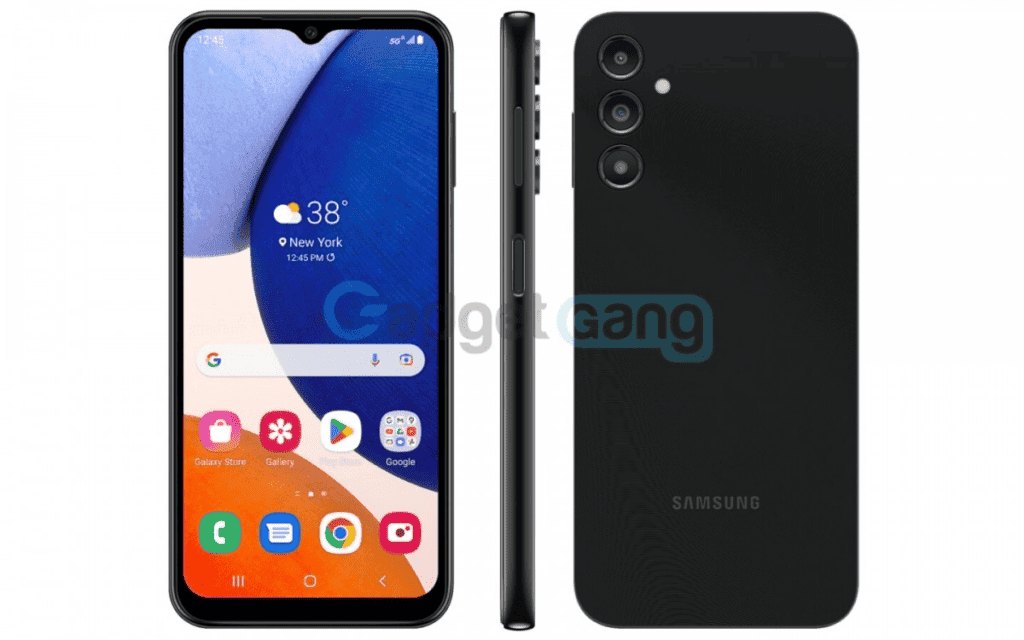 The Samsung Galaxy A14 5G keeps screaming low-end with its design. The display has thick bezels all around with a waterdrop notch at the top for the selfie camera. Moving around to the back, there is a triple-camera array. According to the leaks, the main camera is a 50 MP unit. However, don’t hold your breath for it, as we expect the other modules to be simple. We expect a 2 MP macro and depth sensors to complete the setup.

According to the source, the Samsung Galaxy A14 5G brings a 6.8-inch LCD screen with HD+ resolution. The panel is large but the resolution will disappoint those expecting a jump to Full HD+. Unfortunately, we’ll have to wait for another generation. The phone will bring a side-mounted fingerprint scanner that doubles as a power button. Going back to the notch, it houses a 13 MP module for selfies.

Read Also:  Samsung Galaxy S22 Ultra VS Galaxy S23 Ultra, Why You Must Wait for the Galaxy S24 Ultra

Under the hood, the Samsung Galaxy A14 5G will run with a Samsung Exynos chipset. Yes, while the flagship S23 series leaves the Exynos, the mid-range and low-end phones will help the Exynos division to pay the bills. The CPU is yet to be revealed, but we know it has 5G capabilities. It could be the rumored Exynos chip that will replace the old Exynos 950. The phone will draw its power from a 5,000 mAh battery with 15W charging.

As per the source, the phone’s price will be low. We will have to wait to know.