Motorola is gearing up to introduce the Motorola X40 with the Snapdragon 8 Gen 2. This year, the company didn’t manage to be the first with the new Qualcomm chipset. However, it will still sit among the first ones. In the next few days, we will see the launch of the iQOO 11 series and the Xiaomi 13 series. All these will bring the latest processor, anyway, a new report that the Motorola X40 will also appear in December, although the exact date is under wraps. 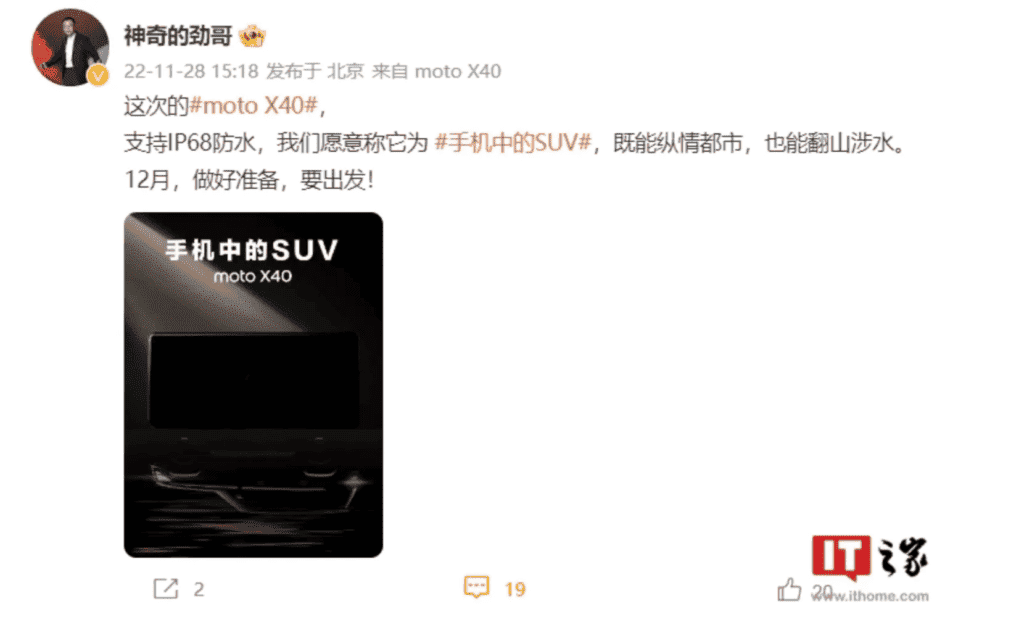 The General Manager of Lenovo’s Mobile Division, Chen Jin, confirmed that the Moto X40 will launch in China in December. The executive also confirms that the Motorola flagship will come with an IP68 certification. That means the phone will be water and dust-resistant straight out of the box. Jin did not reveal the date nor disclosed the phone’s specs. However, the rumor mill has been hectic and we know what to expect.

The Motorola X40 will launch elsewhere as Motorola Edge 40 Pro. The global counterpart should appear sometime in Q1 2023. It already got its FCC certification which is one of the required “go-through” steps for release in North America.

According to the leaks, the Motorola X40 will pack a 6.67-inch OLED screen. It will have Full HD+ resolution and this time around will refresh at up to 165 Hz. Motorola is really betting on a refresh rate to make its devices appealing. The panel will come with HDR 10+ support, and when it comes to audio will have a dual-speaker with Dolby Atmos. 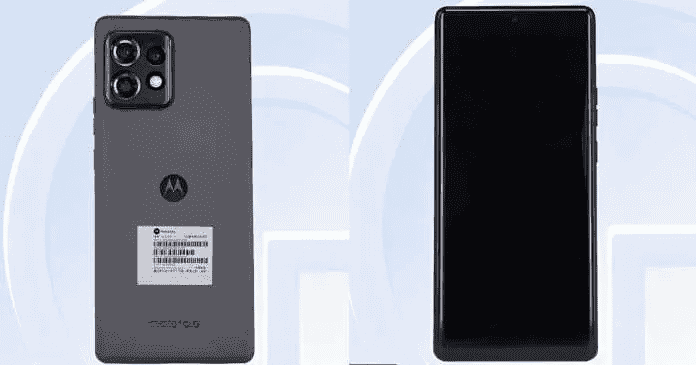 There will be a triple-camera array. It will come with a 50 MP main camera, a 50 MP ultrawide shooter, and a 12 MP telephoto snapper. The inclusion of the 12 MP telephoto shooter is an upgrade over the Motorola X30 and its 2 MP macro shooter. We expect a centered punch-hole a 32 MP front-facing shooter.

The Motorola X40 will also bring up to 12 GB of RAM and up to 256 GB of Internal Storage. The company will launch the phone with a 5,000 mAh battery and 68W fast charging. It runs Android 13 with MyUX 4.0 straight out of the box.