The highly anticipated OnePlus Nord CE 3 has made an appearance online in the form of leaked design renders. Notably, the leaked renders give us a glimpse into the upcoming handset’s outward appearance.

OnePlus is on the verge of unveiling a new Nord-series phone dubbed the OnePlus Nord CE 3. This Nord CE 2 successor will boast upgraded hardware and adopt an improved design language. 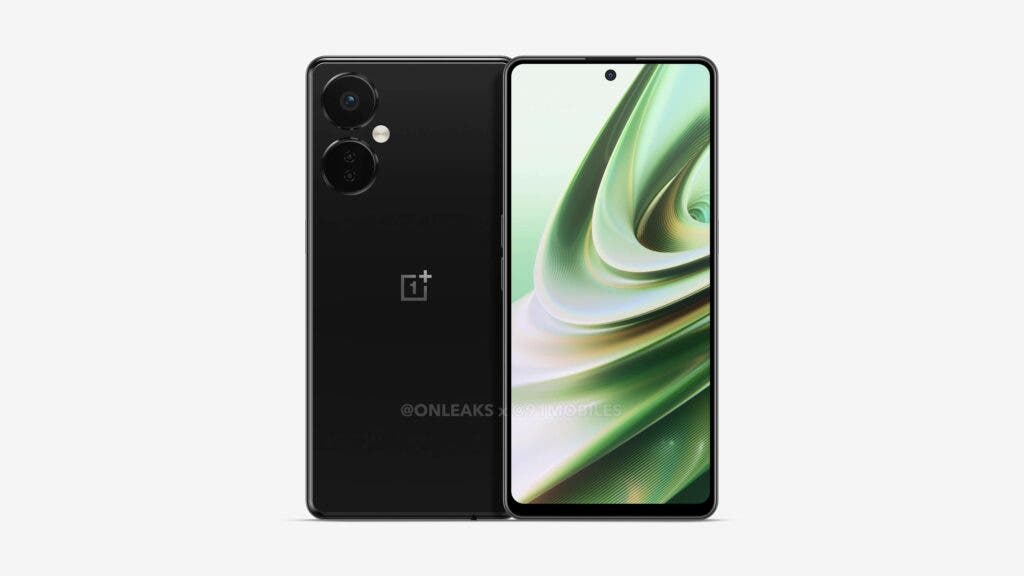 Now, tipster OnLeaks has shared a slew of the OnePlus Nord CE 3 smartphone’s high-resolution renders with 91mobiles. The handset seems to draw design inspiration from the latest iPhones and the company’s OnePlus X smartphone.

According to the tipster, the leaked OnePlus Nord CE 3 renders are elicited from a prototype unit. Also, OnLeaks suggests the final product will bear a striking resemblance to these renders.

Moreover, the renders confirm the Nord CE 3 will be available in a glossy Black color option. Interestingly, the OnePlus Nord CE 3 adopts a notable design change. 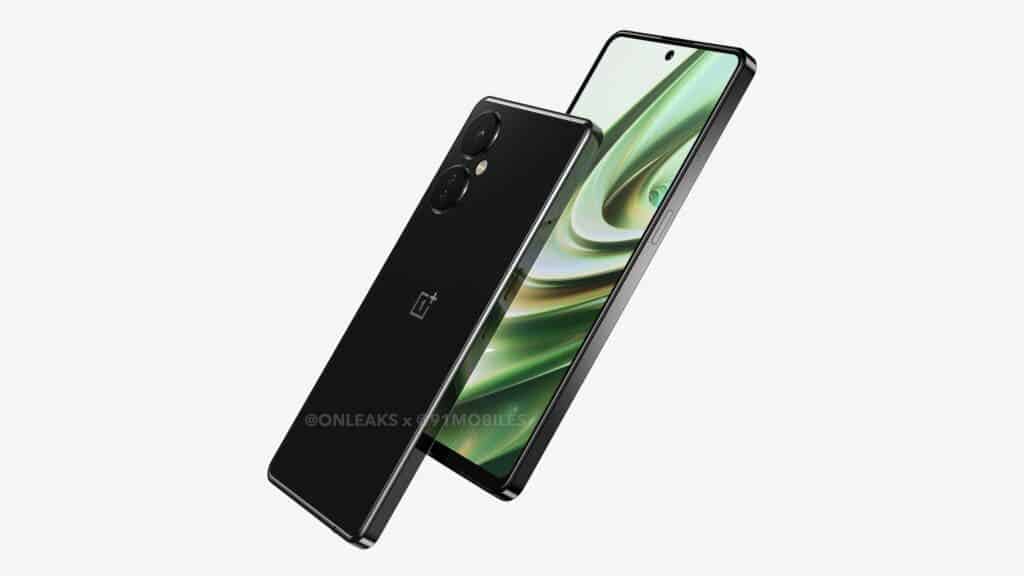 First off, the sides are flat rather than curved. As a result, the Nord CE 3 looks like the OnePlus X and the new iPhone models. To recap, tipster OnLeaks recently revealed the OnePlus Nord CE 3 smartphone’s key specifications that show some major downgrades. So, an improved design language will be a welcome change.

The screen features a center punch-hole cutout and the sides and the top have slim bezels. However, the handset has a thick chin. The left side houses the volume buttons, while the right edge features the power button.

According to a report by PriceBaba, this power button might serve as a fingerprint sensor as well. Moreover, the rear panel houses a couple of big camera modules.

Read Also:  OnePlus will Launch Ace 2 with a Special Chipset for Power Management

The top module has a single camera, while the bottom one houses two lenses. Also, the rear panel has an LED flash and the OnePlus logo.

More details about the OnePlus Nord CE 3 are likely to surface online in the coming days. The device could go official next year. In the meantime, a mysterious OnePlus phone has bagged the Bluetooth SIG certification. This could be the much-awaited OnePlus 11.