iQOO is doing the final preparations for the reveal of the iQOO 11 series and the iQOO Neo 7 SE in China. Ahead of the launch, the SE variant was spotted on the Chinese website – China Telecom. The carrier’s e-commerce branch is listing the upcoming device along with its specifications. Thanks to the listing, there is not much left to the imagination.

The iQOO Neo 7 SE design is close to the standard iQOO Neo 7. The phone’s panel has a centered punch-hole and slim bezels all around. The camera module of SE is also the same as the vanilla variant. Interestingly, we can spot curved sides for the handset. But we believe that it’s a 2.5D curvature rather than something more advanced. The bottom houses the USB Type C port, microphone, and speaker grill. 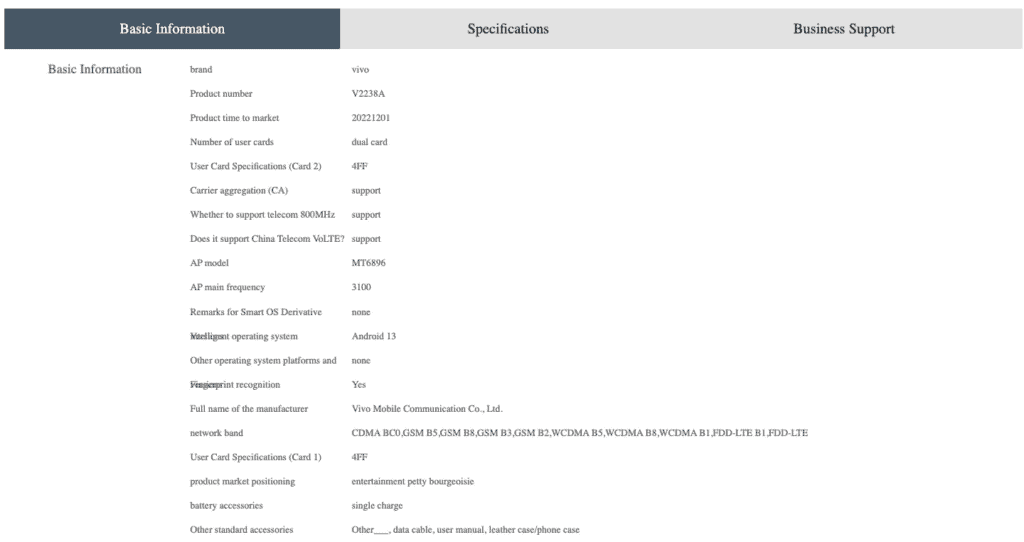 The iQOO Neo 7 SE will boast the MediaTek Dimensity 8200 processor. This CPU offers a small increment in performance over the Dimensity 8100. it will be paired with up to 16 GB of RAM and up to 512 GB of Internal Storage. China Telecom reveals a variant with 16 GB of RAM and 256 GB of Storage as well as a 12 GB RAM option with 512 GB of storage. We can’t confirm all the configurations right now, but we expect the highest one to bring the max of the two capacities.

The phone will sell in Interestellar Black, Electronic Blue, and Galaxy Color options. We know it will reach China first, but other countries will certainly get it as well. Worth noting that iQOO will hold a major event to celebrate its debut in Malaysia. The company will bring the iQOO 11 to the show, and we wouldn’t be surprised to see the iQOO Neo 7 SE appearing there as well.