Android TV 13 is ready for prime time. However, you can not just try it out right now. You will need to wait for it to officially release for your TV. Want to know why?

The thing is, Android TV releases are different than the Android betas you get on your Pixel phones. Unlike the Android phone betas, the previews for Android TV are not easy to access. It requires specific dev-focused hardware. In fact, the second beta of the Android TV was so restrictive that only some emulators could run it.

Nonetheless, Android TV 13 is now out of beta. And that brings you one step closer to experiencing it with your TV. But is it actually an update you should look forward to? 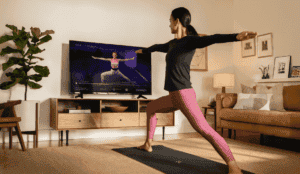 It comes as no surprise that Android TV 13 is prioritizing more on the things behind the UI. Basically, Google is supplying new APIs and new accessibility controls to the developers. This will eventually lead to the TV-friendly platform being more usable.

A Little About the New Android TV 13 APIs

In short, all the new Android 13 APIs aim to help developers to deliver a high-quality experience to users. And the changes that the APIs bring to the table are:

Improvements to the AudioManager API

With Android TV 13, users can change the default resolution and refresh rate. Thanks to that, you can get a more reliable and enjoyable playback experience. However, it will only be available on supported HDMI source devices.

Now, HDMI state changes are surfaced in the MediaSession lifecycle. This will allow the HDMI sources and TV dongles to save power. It will also enable the devices to pause the content in reaction to the changes in the state. 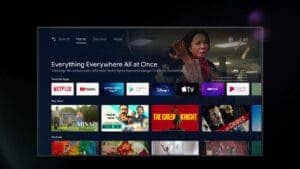 New Features for The Android TV 13

Android TV 13 is not all about APIs and behind the scene changes. It also brings a handful of features. All these features aim to make it easier for users to interact with the TV. They will also make things smoother for users who need additional help navigating the TV.

The InputDevice API now has support for multiple keyboard layouts. This is excellent news for users of non-traditional layouts. Also, game developers can now reference keys by their physical location. So, you can also use physical keyboards with different layouts.

When Can You Expect the Android 13 to Arrive on Your TV?

The latest Google TV-powered Chromecasts received an Android 12 update earlier this year. And this update was released on November 30, 2021. So, you can expect Chromecasts to receive the update in early 2023. However, this only applies to the Nvidia Shield TVs and the latest Google Chromecasts.

Read Also:  How to install apps on your Android TV [three methods]

If you are using other Android TV hardware, you might need to wait for a little. But if your device did not receive Android 12, you might not get this update at all. 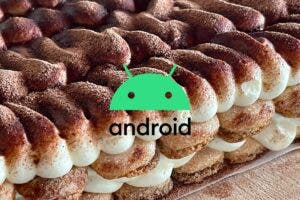 That said, Android 13 aims to redefine the user experience. It brings a lot of behind the scene upgrades, which will make the TV platform accessible. And that is definitely something to look forward to!
Source/VIA :
AndroidPolice

How to install apps on your Android TV [three methods]

Android TV is Slowly Fading Out, Google TV is Taking Over