Fingerprint recognition is the most common method of biometric authentication. But it’s not considered the most secure option. To solve this problem, Samsung has commenced a new fingerprint scanning method. As SamMobile reported, the South Korean company is working to make this method more secure.

Samsung Is Working On A More Secure Fingerprint Scanner

One of the improvements will be the use of a larger scanner. The latter will be able to scan more than one fingerprint at a time. If everything goes according to plan, Samsung could have this technology available soon. In its turn, Samsung has already confirmed that the tech called All-in-One sensing will debut with its OLED 2.0 next-generation panels.

Once it’s available, users will be able to scan up to three fingerprints at a time. It is 2,500,000,000 times more secure than single fingerprint scanning.

Also Read: Samsung Figured Out How To Embed A Fingerprint Scanner In Payment Cards

It’s too early to talk about the launch date of OLED 2.0 panels. But they should appear on the market by 2025. Samsung’s rivals, especially Apple, won’t use this technology. The Cupertino-based firm relies on its Face ID. So when it’s out, Samsung will become the only brand offering multi-fingerprint scanning. 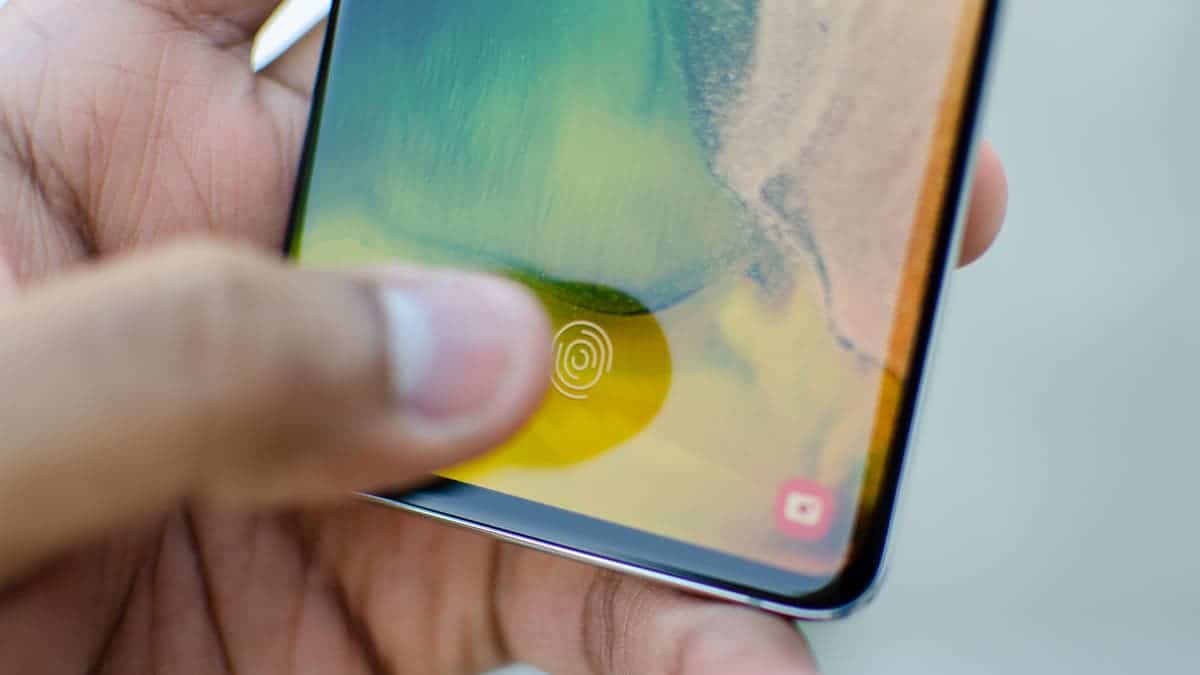 In this regard, we must recall that Apple bought the biometric firm AuthenTec for $356 million in 2012. The iPhone 5s released a year later, became the first iPhone with Touch ID. But now, Samsung has got a chance to outrun its eternal rival. If Samsung launches the first AIO device by 2025, it will have the most secure phone.