A foldable Google phone has been the subject of numerous rumors in recent months. Some people have even confirmed that the company would have given up on the project because of the intense industry competition.

A new report, however, indicates that Google is still working on the smartphone. And an announcement should take place in May next year. Some of the specifications of the Pixel Fold, which has the codename Google Felix, went public on Geekbench.

A smartphone with the codename Felix, which may be the Google Pixel Fold, appears on Geekbench. The Google Tensor G2 chipset was in use to run it through the benchmarking program. Which is also present in the premium Pixel 7 series.

In addition to having an integrated Mali-G710 GPU, the processor includes two high-performance cores clocked at 2.85 GHz, two at 2.35 GHz, and four at 1.8 GHz efficiency. The tested smartphone runs the Android 13 operating system and has 12 GB of RAM memory. 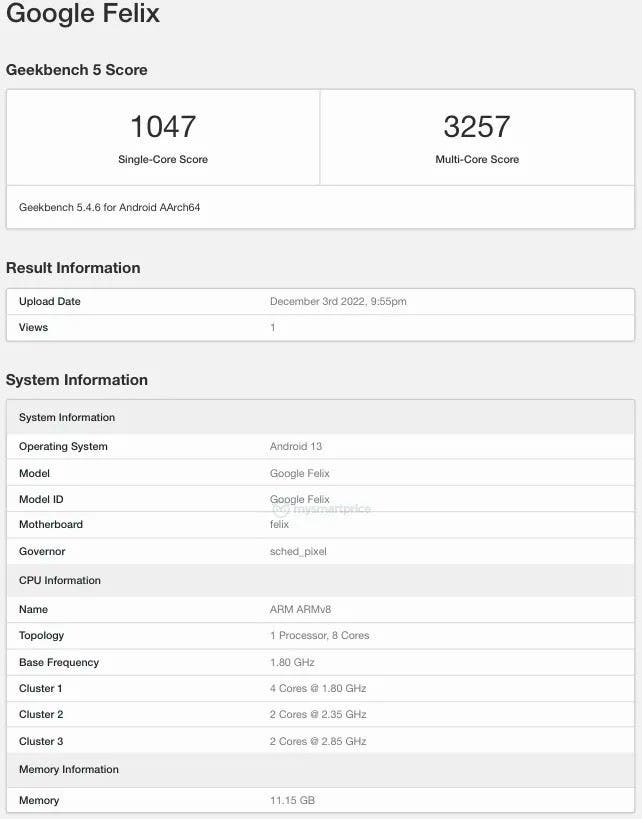 In terms of points, the alleged Google Pixel Fold received 3,257 in the multi-core test and 1,047 in the single-core test. It’s important to remember that benchmarks can be fake. Thus until further verification of the image’s validity is provided, treat it with caution.

For ease of use, whether the phone is closed or open, the fingerprint sensor should not be placed beneath the screen but rather on the side.

Other information about the foldable phone has previously leaked. It should have a similar aesthetic to the Pixel 7 line and be made of metal and glass. And have the same camera module as Google‘s flagship series. Regarding the cost, it is anticipated to launch on the market for $1,799.

Previous One UI 5.1 will launch alongside Samsung Galaxy S23 in February

Next Microsoft forces Windows 10 users to update to Windows 11