Usually whenever any manufacturer plans an event, the masses expect the release of a new product or service. Companies do not hold events for no reason. And if that event is about the launch of a new device or service, the company usually posts an image banner to give us a fair idea of what the event is about.

Example of such events is the Galaxy unpacked event which Samsung holds every year to launch its flagship smartphones and other consumer electronics products. Oneplus also held a similar event earlier this year where it launched the OnePlus 10 series of flagship smartphones.

OnePlus Will Host An Event On December 17 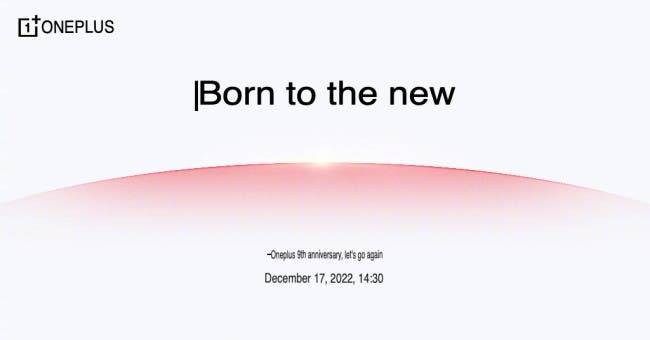 Out of the blue, OnePlus has posted an event poster. The poster shows that the company will hold an event on the 17th of December 2022. This has left a lot of people with questions on their minds.

Could there be a new product coming up? Is it a new version of an already existing product? Or a whole new product may be coming up? I have come across some posts claiming that OnePlus may be launching the OnePlus 11 series. This, of course is very hard to believe due to the fact that the company only launched the OnePlus 10 series this year.

The event will be hosted by OnePlus CEO and Co-founder founder Pete Lau. He will make use of the assistance of Li Jie, who happens to be the president of OnePlus China. What Will Happen At The OnePlus Event?

It is unclear what exactly will happen at this event. As to whether the company will just talk about how far it has come or there will be one or two products announcements to mark its 9th anniversary.

On the event poster, we could see “New direction, new action, new future” tag line. The event is just two days away. As we keep following the outcome of the event, we will share the details on our website. So do well to check from our homepage on the 17th of this month.

Previous Apple is forced to introduce revolutionary changes in iOS 17

Nothing Phone (2) Will Feature Snapdragon 8 Series