Realme announced its Realme 10 series last month. The series was initially planned to include four models: the basic Realme 10, Realme 10 5G, Realme 10 Pro, and Realme 10 Pro+. However, the latest news states that there will be a fifth model, the Realme 10s. 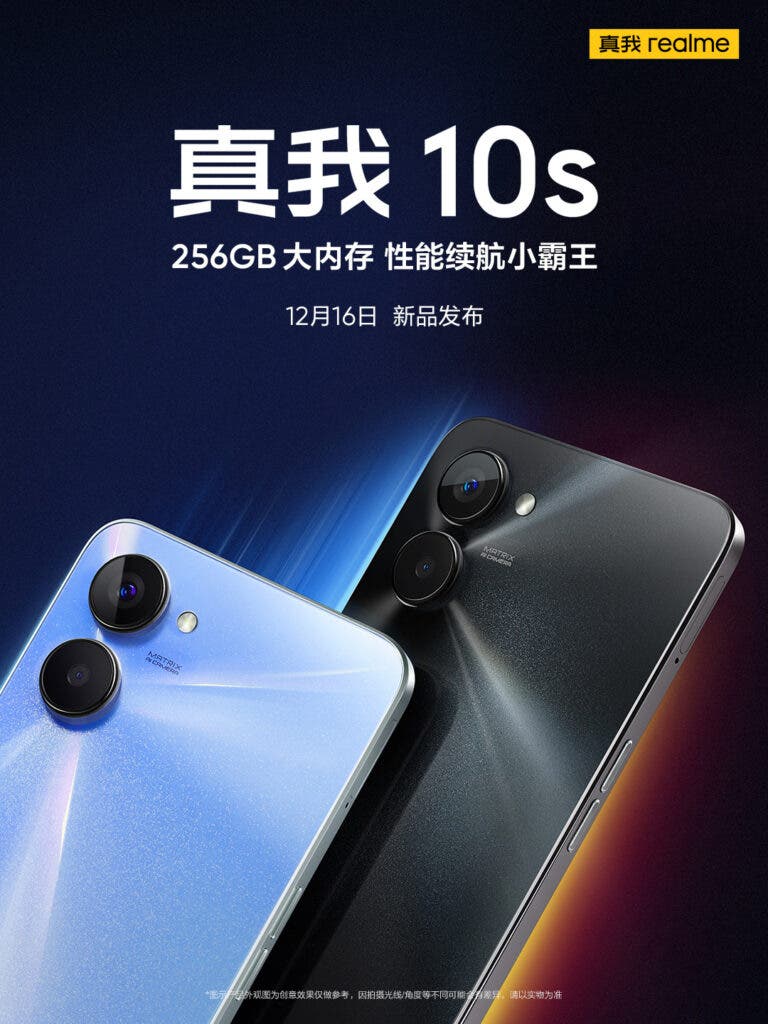 Now, the best part is that the fifth device is all set to debut tomorrow. Yeap, tomorrow! And it seems that the device is undoubtedly going to be a good performer, even though the release might seem a little rushed out. But the primary concern is, will the Realme 10s be priced accordingly?

Realme abruptly announced the Realme 10s on Weibo this morning. And right after the announcement, the TENNA listing for the device just popped up. Now, in case you don’t know what TENNA listing is, it is basically a certification every brand needs to take to sell their devices in China. 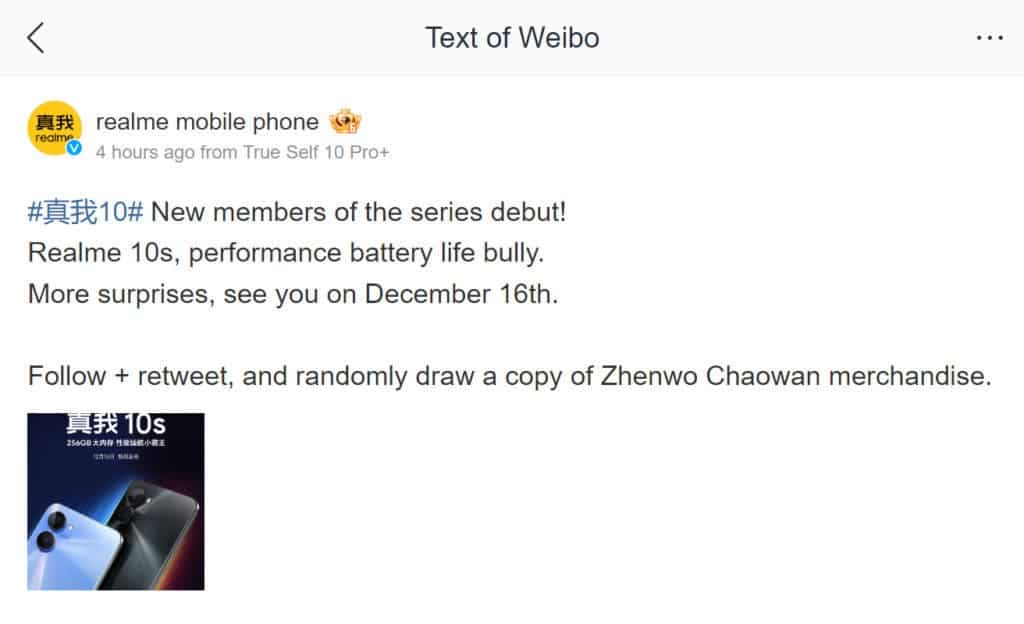 Nonetheless, the great part about the TENNA listing is that it makes the core specifications of the devices available to the public. In other words, it gives you most of the details before launch. 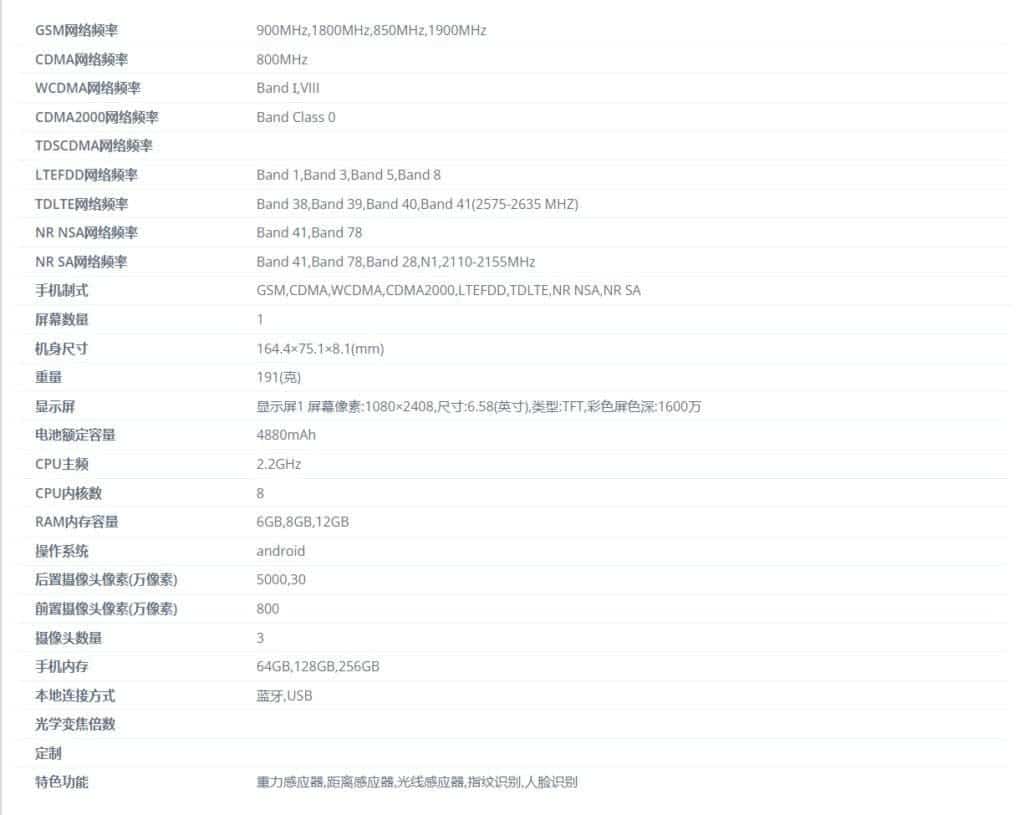 Let’s take an in-depth look into the listing to learn more about the device:

So, the most mysterious thing about the TENNA listing is the processor. It is an Octa-Core chipset that is said to have a maximum clock frequency of 2.2 GHz. From these two pieces of info, the CPU might be the Dimensity 700. And in case you don’t know, this is a budget-friendly 5G CPU.

The processor is based on a 7nm manufacturing process and comes with 2x Cortex A76 performance cores and 6x Cortex A55 Energy Efficient cores. Although it is an entry-level SoC from Mediatek, its performance is not really that bad. So, the Realme 10s does have a chance to put up a good fight against the other budget-range devices on the market.

Realme 10s is not looking bad in terms of storage and RAM options either. So, users will not have complaints in that regard.

From the official announcement on Weibo, the device is set to look exactly like the standard Realme 10 model. That is, it will come with a right-angle (frame) frame and with two camera bumps on the back. The announcement also showed us two color options. One is Blue, and the other is Black. 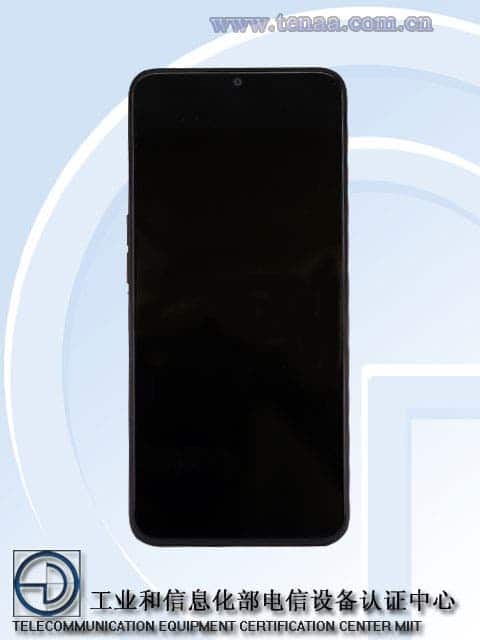 There’s no concrete information regarding what the camera modules might be. But judging by the MP count, the primary will be the same sensor from the standard device. But the secondary one, which is 0.3 MP, might be a depth camera. 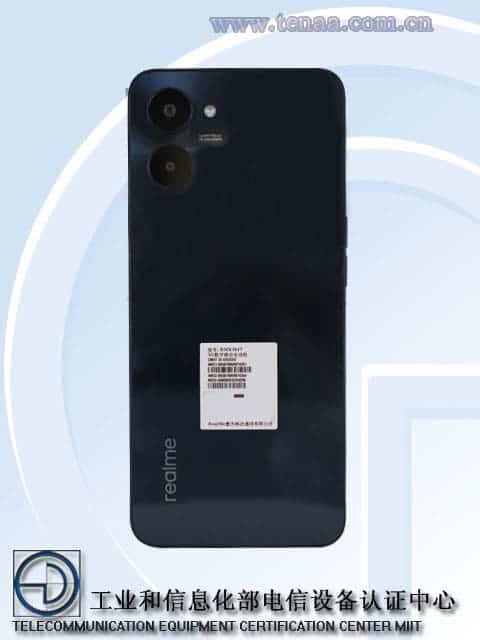 Furthermore, there are no official statements about the pricing. However, from the specifications, we are guessing that the device will be priced lower than the standard Realme 10. And in case you missed it, the 4GB 128GB model of Realme 10 is priced at around $171.

Nonetheless, the official announcement tomorrow will surely clear out all of our doubts. And we will definitely keep you updated when we get to know more about the device.

Next Samsung transfers 98 of its U.S. patents to Huawei