In the summer, Huawei released a top-end notebook dubbed the MateBook 14s. Today, it announced that a new laptop version would go on sale on December 29. But the Huawei MateBook 14s i9 version is already available for booking. The 16GB + 1TB SSD variant costs 8699 yuan ($1247). 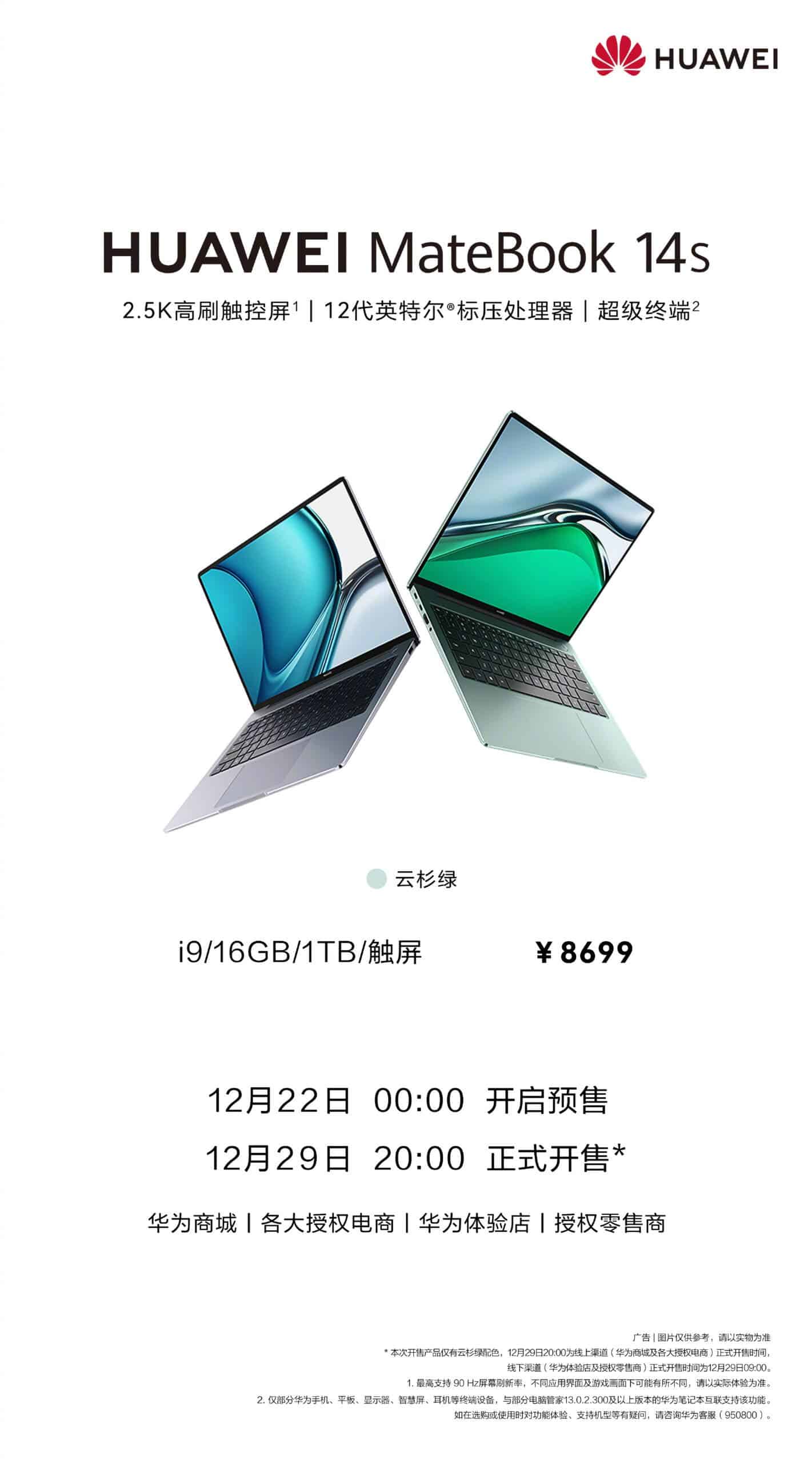 The original Huawei MateBook 14s was released at the end of July this year. It was another high-performance ultrabook coming to strengthen Huawei’s position in the laptop market. The series was packed with the 12th generation of Intel Core standard pressure processors and was certified by Evo.

The series offered two versions powered by the 12th generation Core i7-12700H and i5-12500H processors. As for the new model, it comes with the latest i9-12900H processor. As you guess, the overall performance should be higher than the previous models.

It’s also logical to mention that the rest of the specs will remain unchanged. Thus, the notebook will come with a 2.5K high-definition touchscreen. The latter also has a high refresh rate of 90Hz, a resolution of 2520 x 1680, a 3:2 productivity screen ratio, and a high screen ratio of 90%. In other words, we are talking about a laptop that sports a top-notch screen, which can compete with any premium laptop on the market.

Besides the screen, the overall design of the laptop is at the highest level. Huawei also uses high-quality materials. It paid huge attention to the keyboard, touchpad, and other parts that are essential for any product from this category. For instance, the laptop brings a 1.5mm large key travel while taking into account lightness and thinness.

The new model has two USB-C ports. One of them supports Thunderbolt 4. There is also USB-A, HDMI, and 3.5mm headphone jack ports. And the laptop supports 90W fast charging.

The new MateBook 14s is available in three colors: space gray, bright moon silver, and spruce green. It has a metal body and a weight of about 1.43kg.

Previous Elon Musk To Step Down As Twitter CEO, But The Picture Looks Different

Next MediaTek continues to lead the smartphone chipset market