The default Android message app is not so popular. However, Google is doing all it can to make it the best app to use. The company is working on this app and is set to bring some new and trendy features. Google Messages has similar features to some social chat apps. However, this app seems to struggle to bring in new users. The company recently tried a #GetTheMessage campaign. This campaign tries to promote a new icon update as well as RCS support. Recall that iMessage does not support RCS. Thus, Google is trying to use the opening it sees. However, this campaign did not work as Google expected. The company is now trying to upgrade Google Messages with some trendy features. 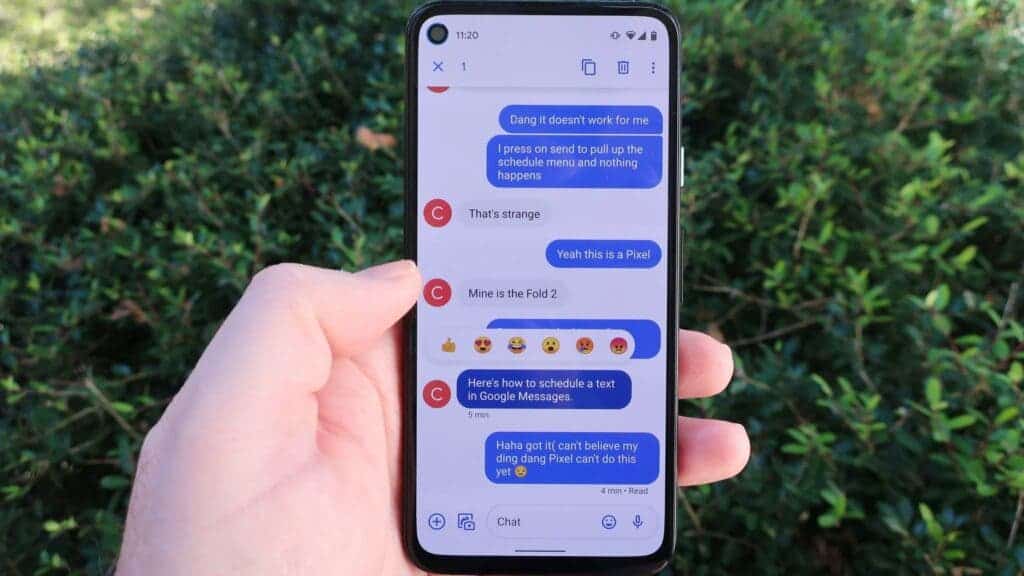 Top 3 trendy features that Google Messages is set to launch

According to recent reports, Google Messages is currently testing “reaction with an emoji”. This is already a trendy feature on WhatsApp, Slack and other popular messaging apps. This feature will allow users to simply react to a message with any emoji of their choice. Well, this feature is already available on Google Messages. However, there is a restriction as users can only react with seven emojis. Now, the company is trying to expand this feature to cover all the emojis in the system. 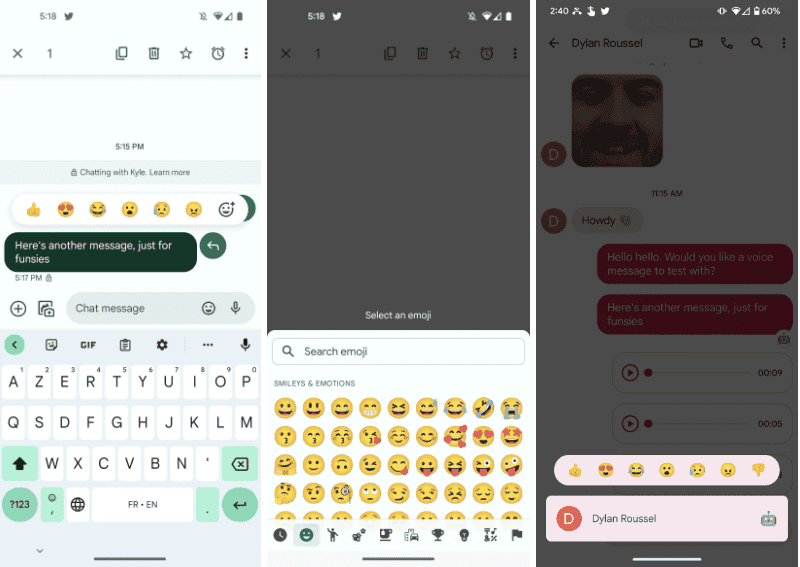 The use of emojis to react to Google Messages has been available since 2020. But the limitation to seven emojis did not make it get public attention. Since then, there has been no upgrade of this feature. The only addition was to “translate” iMessage reactions. This makes it easier to text friends that use an iPhone.

To react with an emoji is quite the same with almost all chat apps. You simply need to tap and hold the message on the app. When you do this, a list of emojis will appear. You can then scroll and select any emoji of your choice. The emoji will appear on a part or corner of the message confirming your reaction. In addition, users can also add a new emoji that is not available in the list. This is a new option that Google is adding to the feature.

When you find any message with an emoji, you can see the users that reacted to the emoji. Simply tap the emoji in the message and the name of the users that reacted with the emoji will appear. This is when the message is in a group. However, if it is a personal message, you simply know that the recipient didn’t just snub you. The emoji will tell you the receiver’s final response.

Google is set to upgrade the RCS chat

With this new emoji reaction, RCS chat now appears to be more dynamic. This feature is already available in Google Messages’ latest beta version. However, it is important to note that this feature is still a work in progress. According to 9to5google, in the beta, “add emoji” replaces the thumbs-down emoji.

Read Also:  Google Pixel models have been released in 17 markets

When you tap the button, the full list of available emojis on your Android device will appear. You can then react with any of the emojis. A good thing about this update is that it already works for receiving users that are not testing the beta. So, if you use Google Messages regularly, don’t be surprised if you find a strange emoji reaction. Just know the sender is a beta tester.

At the moment, Google Messages support sending and receiving a voice memo. This does not depend on whether the chat is via RCS, SMS or MMS. This means that about anybody can send a voice memo and anybody can receive it. Nevertheless, such recordings (voice memos) may not always be the best way to pass your message across. For some reason, people avoid the use of voice memos. One reason is that words are often hard to hear due to the compression of the audio. Also, the receiver may be in a noisy environment and may not be able to listen to the voice message. 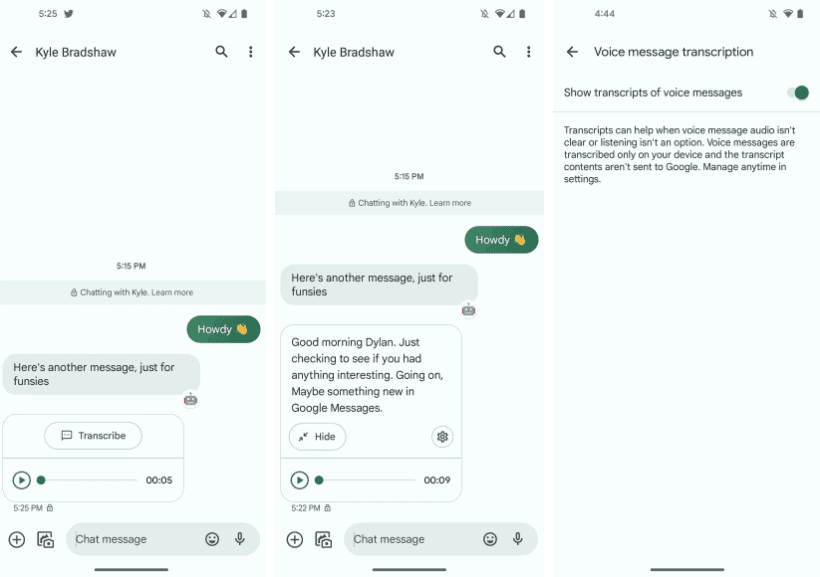 The new voice message transcript is coming to help out in these situations. This feature will help to transcribe voice memos into words. There will be different options for users to choose. You can either choose to auto transcribe all incoming voice memos or manually transcribe them by clicking on the  “Transcribe” button. Although 9to5google experts were able to activate the feature, it doesn’t seem that it is rolling out anytime soon.

The experts claim that the transcripts are in most cases correct. However, it is not nearly as fast as Google Assistant voice typing on Pixel 6. There is a conspicuous delay when pressing “Transcribe” on a 13-second recording. The experts said

“Transcripts can help when voice message audio isn’t clear or listening isn’t an option. Voice messages are transcribed only on your device and the transcript contents aren’t sent to Google. Manage anytime in settings”.

The third feature that Google Messages will be bringing is a new look for the photo gallery. In the new design, users can go through photos vertically. This is not possible in the current design which only permits horizontal scrolling. 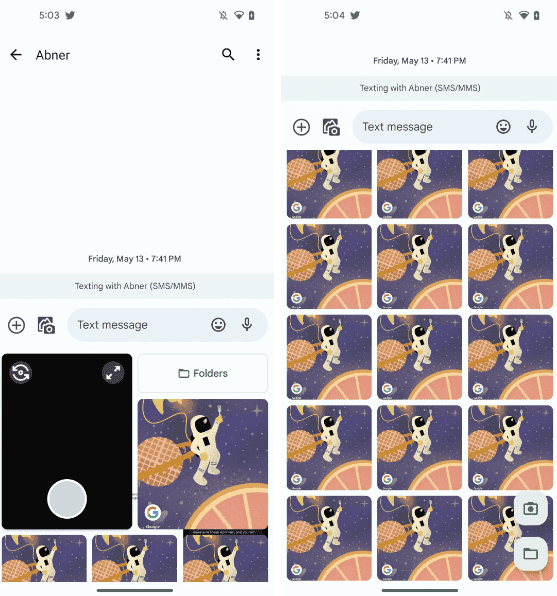 The vertical design gives users more space on the display and presents a seamless experience. There are also a few changes in terms of buttons. A new option for “Folders” now replaces the old “Gallery” button. 9t05google experts believe that this new design fits nicely with Google’s Material You.