Although OnePlus smartphones have been available in the market for a while, staff members of the Chinese company still use handsets made by rival companies.

The well-known YouTuber MKBHD just released his annual smartphone Awards video, in which he lists his top smartphones in various categories. The OnePlus 10T received the prize for the year’s worst letdown. While the Google Pixel 7 took home the prize for the finest smart phone.

OnePlus responded to the video on Twitter by asking the Youtuber how to claim their trophy and promising to offer a much better device the following year, the OnePlus 11. Recall that the high-end smartphone will debut in China on January 4 and reach global markets on February 7 after that. On that date, we what the company will present.

The community manager at OnePlus uses an iPhone 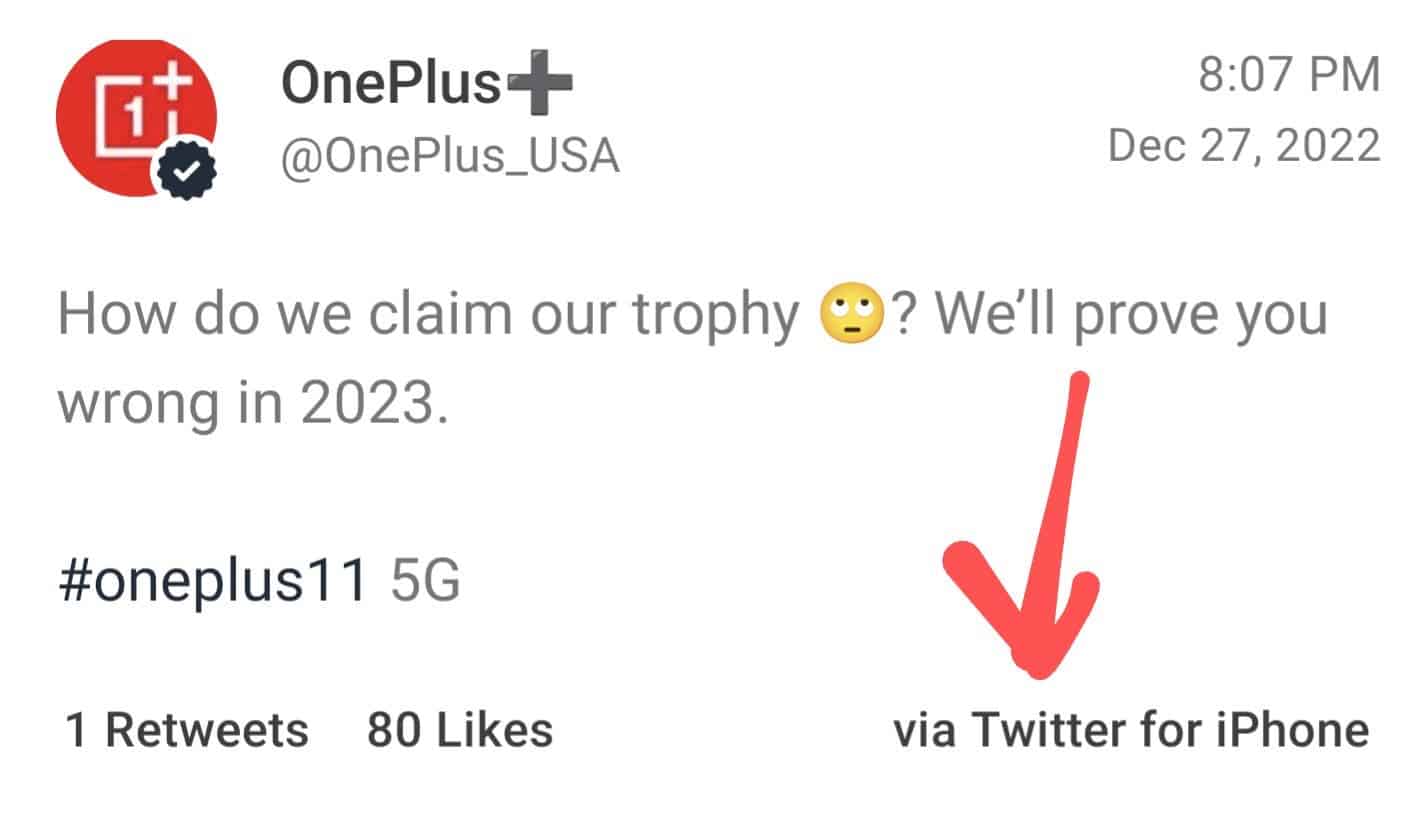 Thanks to the Chinese company’s tweet, several Internet users became aware that the social networks manager of OnePlus was using an iPhone. We could see the phrase “through Twitter for iPhone” underneath the tweet. Some users are still able to determine whose smartphone a tweet was posted from. Despite Elon Musk’s recent decision to phase out this capability from the site. Therefore, we should soon be unable to detect such errors in the future.

An error of this nature has happened before. Although it’s typical to see the staff of smartphone manufacturers using those of rivals. Some online users nevertheless make light of the situation. Recently, a tweet from an iPhone was published by a Google account.

The majority of the time, smartphone manufacturers borrow features from the products of other manufacturers. To improve their own products or for inspiration. Even Huawei’s CEO and co-founder acknowledged purchasing iPhones for his family. Keep in mind that this does not imply that staff favors competitive smartphones over those from their own company.

Next MIUI 14: Full List of Xiaomi devices that will get the new update