As the year comes to an end, several brands are now releasing what we could call the last update for the year. A couple of mobile phones already have their last update for the year. After the public beta test, the OnePlus Nord CE 2 Lite is now also getting the official OxygenOS 13 on top of Android 13. According to reports from OnePlus community forum users, the first stable version number of OxygenOS 13 for the OnePlus Nord CE 2 Lite is C.25. The OTA download is nearly 4.5GB in size and comes with the December 2022 Android security patch.

OxygenOS 13 mainly brings aquatic design, adds an Aquamorphic Design theme colour, and enhances visual comfort. It also upgrades to Quantum Animation Engine 4.0, has a new behaviour recognition and can recognize complex gestures. This system applies real-world physics to animations to make them look more natural and intuitive. Users can now add large folders to the home screen. Also, users can open apps in large folders with a single tap. In addition, pages in folders can be swiped through.

The OxygenOS 13 adds new media playback controls and optimizes the quick settings experience. It also includes support for adding widgets to the home screen. A floating window can be opened in the app to achieve smooth operation. An automatic pixelation function has been added for chat screenshots. The system can identify and automatically pixelate profile pictures and display names in chat screenshots to protect privacy. Furthermore, the system adds a dynamic calculation engine to improve system speed, stability, battery life, app experience, and more. 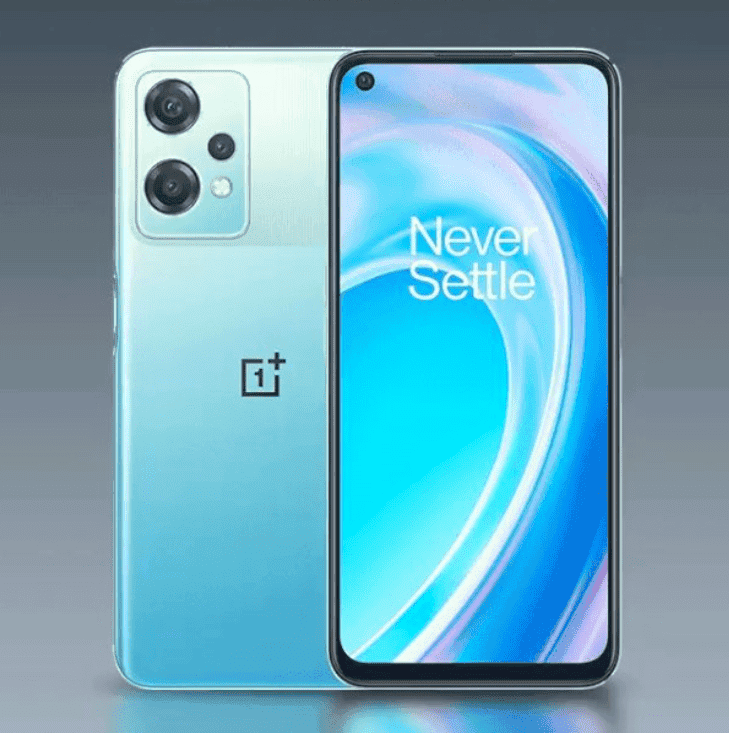 The OxygenOS 13 version of OnePlus Nord CE 2 Lite will be released in a phased manner. It will initially roll out for a small number of users. Then, the company will release the update on a larger scale.

OnePlus Nord CE 2 Lite 5G uses Snapdragon 695 chip. The device also comes with a 6.58-inch IPS LCD (120Hz) screen. On the rear, it has a 64MP main camera and two 2MP auxiliary cameras. On the front, there is a 16MP selfie camera. Under the hood, it has a built-in 5000 mAh battery that supports 33W SUPERVOOC fast charge. 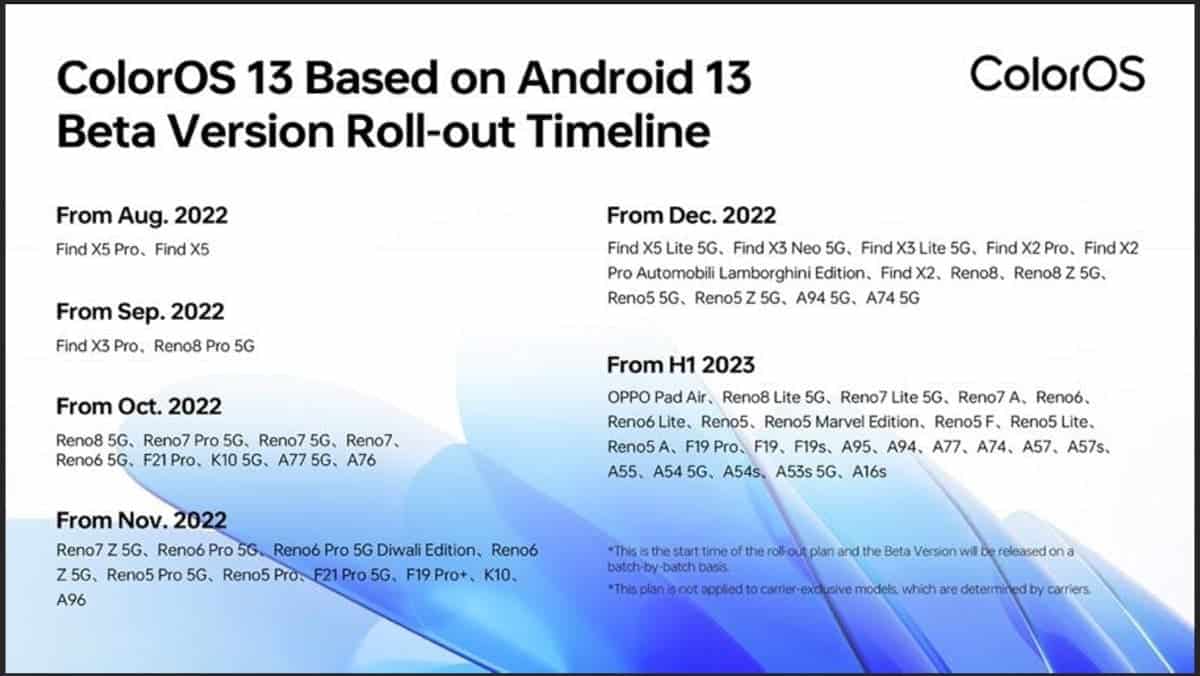 The mobile phone comes with a custom Dimensity 8100-MAX chip that supports 12GB LPDDR5 RAM and 256GB UFS 3.1 flash memory. It uses a 6.59-inch 120Hz LCD variable-speed gaming direct screen. It also has a large 5000mAh battery that supports a 67W super flash charge. On the rear, it has a 64MP triple camera setup.

Important: This upgrade is directly pushed by the system. After the registration and review are successful, the push will arrive one after another. Please confirm that you can accept the potential risks of the public beta version before registering. The public beta version is still in the development stage, and the system stability has certain potential risks and poor experience.

1. Before upgrading, please make sure to back up important personal data in advance. This is to avoid data loss.

2. There are currently many commonly used third-party apps that are not compatible with Android 13. After upgrading to Android 13, third-party apps may not work properly (such as flashbacks, freezes, black screens, power consumption, etc.). It will remain this way until the developer updates the app to the latest version.

3. Within two days after the upgrade, a series of adaptation and optimization actions will be carried out in the background of the system. This may cause the phone to heat up, freeze, and consume power quickly. It is recommended that you turn off the screen and charge for 2 hours before restarting the phone after upgrading. Alternatively, you can just leave the device and it will recover by itself after a period of normal use.

1. Please make sure that your mobile phone version has been upgraded to the basic version A.08, A.09, A.10 (version number check method: Settings> About This Device> Version Information> Version Number)

2. Please click “Settings > About This Phone > Top Version Information (above “Phone Name”) > Settings button in the upper right corner > Early adopters application > Upgrade public beta” on the mobile phone, and then follow the prompts to apply. Due to the nature of the public beta, it is recommended that you fill in your real mobile phone number when registering, so that you can deal with feedback from the public beta in a timely manner.

3. After submitting the application, please wait patiently! The staff will review in batches within 5 working days after the recruitment ends, and the public beta version will be pushed in batches after the review is completed. The review result will be based on the display on the early adopter’s application interface of the mobile phone.

If you encounter problems during the upgrade of the public beta version, you can give feedback to the OnePlus community. Feedback method: Enter the [OnePlus Ace] product area of ​​the OnePlus community, find the “OnePlus Ace Racing Edition 5G ColorOS 13.0 Upgrade Public Beta Question Collection Post” in the official announcement, and fill in the relevant content according to the feedback template.

Next Poco C50 Flipkart availability confirmed ahead of India launch