The rumors pointing to the launch of a POCO C50 in India have been floating for a while. After rumors and multiple leaks, the brand finally took the wraps off its new low-end phone. It reaches the Indian market today and seems to be just a rebranded Redmi A1+. Yes, another sign of POCO’s usual strategy of rebranding phones. The phone comes to reach a very appealing $78 price tag (INR 6,499). However, some sacrifices were made, some that will keep the overall smartphone fans away. Still, it may be a decent option for older people or for children that need a basic smartphone. 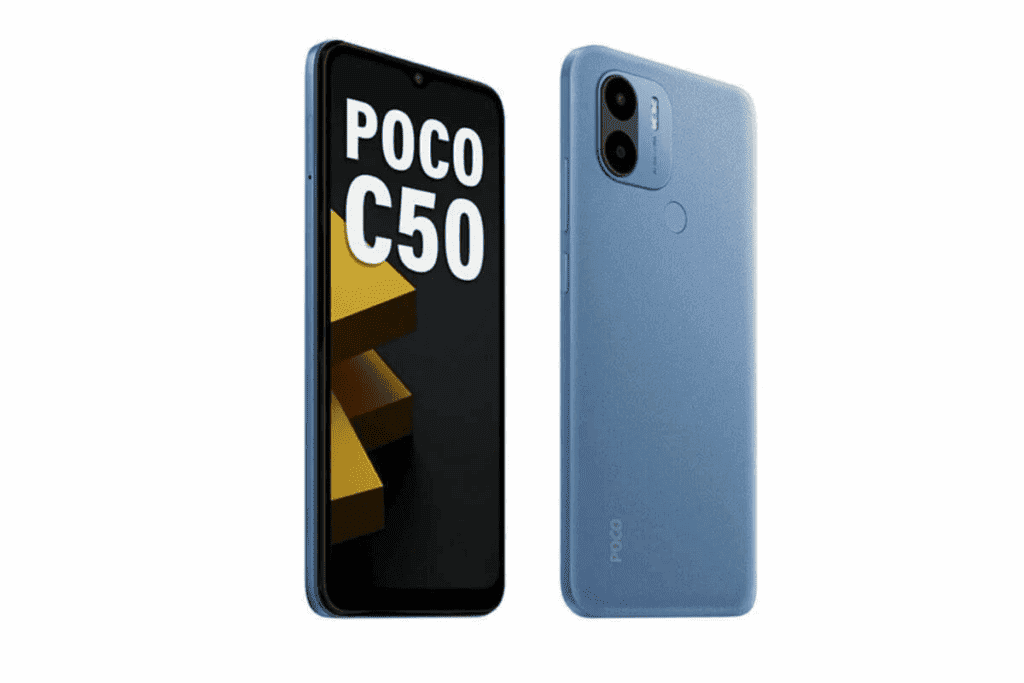 The POCO C50 packs a 6.52-inch IPS LCD screen with 1,600 x 720 pixels of resolution. It’s good to see an IPS screen here, but since it’s low-end, be aware of the thick bezels! The device has a dot-notch cutout for the selfie camera – it’s a traditional design for budget phones nowadays. The only downside of this panel is the 60 Hz refresh rate. But the processor inside the phone wouldn’t be able to withstand a higher refresh rate, so 60 Hz seems to be the best decision here.

The POCO C50 Achilles’ heel is in the performance department. The phone packs a super-old MediaTek Helio A22 12 nm SoC. It’s a 12nm Quad-Core chipset from 2018 that has just 4 x ARM Cortex-A53 clocked at up to 2 GHz. It may be enough for modest usage such as web browsing and watching media content. But you need to consider the Lite version of certain apps. The cheaper variant brings 2 GB of RAM and 32 GB of Storage, while the higher brings 3 GB of RAM. Obviously, you get a micro SD card slot for storing media files. 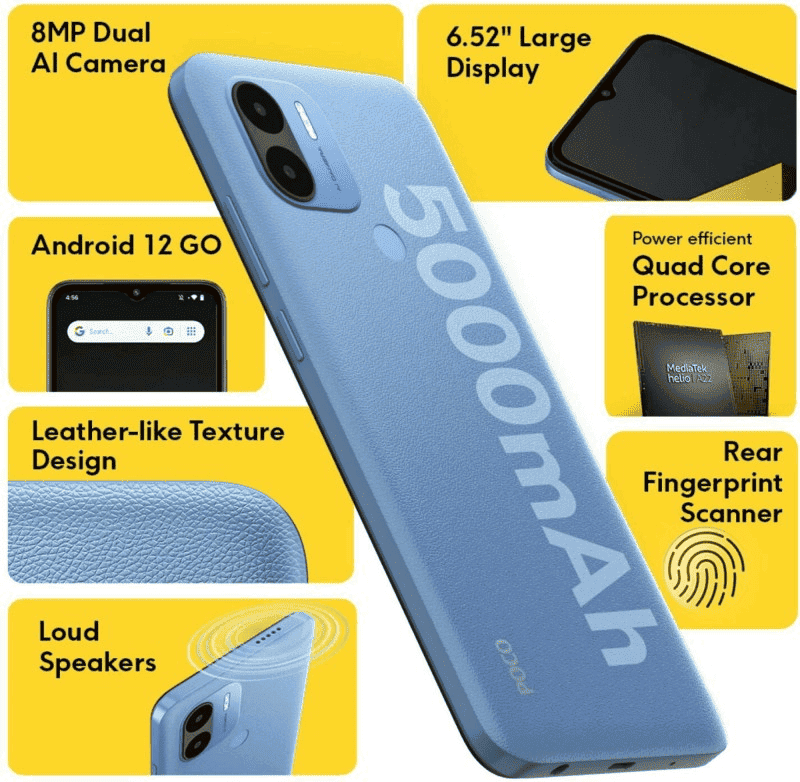 Obviously, with the limited performance, we get Android 12 Go Edition. The phone runs a special branch of MIUI, the same as the Redmi A1+. In terms of optics, the POCO C50 packs a dual-camera setup. There is an 8 MP main camera and a decorative depth sensor. On the front, we get a 5 MP for selfies and video calls. The POCO C50 draws its power from a huge 5,000 mAh battery that charges at 10W. Furthermore, the phone has a USB Type-C port, a 3.5mm audio jack, and a rear-mounted fingerprint scanner.

Maybe It’s too harsh on my part to say that the POCO is easily skippable. The phone certainly will find its audience, after all, some users need an offer at this price level to get access to the smartphone world. Yes, it’s true, but what is the point of launching this phone when the Redmi A1+ is already available? It’s the same phone with a different logo. Maybe the only great deal here is the “early-bird” offer. POCO will have an introductory price of $6,249 ($75) for the base model, and INR 6,999 ($85) for the 3GB RAM version. The first sale is on January 10, and after the first days, the prices will be INR 6,499 ($78) and INR 7,299 ($88), respectively.  Yes, it’s basically a $3 discount when we convert it to dollars.

The POCO C50 is the brand’s first launch of 2023. Now, the eyes are kept on the upcoming POCO X5 series.

Previous iPhone 14 Plus is a commercial disaster; how to explain?

Next iOS may allow app sideloading but can users pay the price?

POCO X5 Pro 5G to Debut in the Coming Weeks – The Wait is Almost Over!