Samsung is about to introduce a new member for the Galaxy F-series. To those unaware, this is an exclusive Indian lineup of Samsung mid-range phones. These devices usually have a focus on the camera department, and come with mid-range specs and an affordable price. This year, Samsung is gearing up to bring a new low-end model for the Galaxy F-series, this device will use the Galaxy F04 moniker. As usual in the “0x phones” we expect super-budget specs and a super-affordable price tag. Today, most of the Samsung Galaxy F04 details have been revealed, including the launch date. 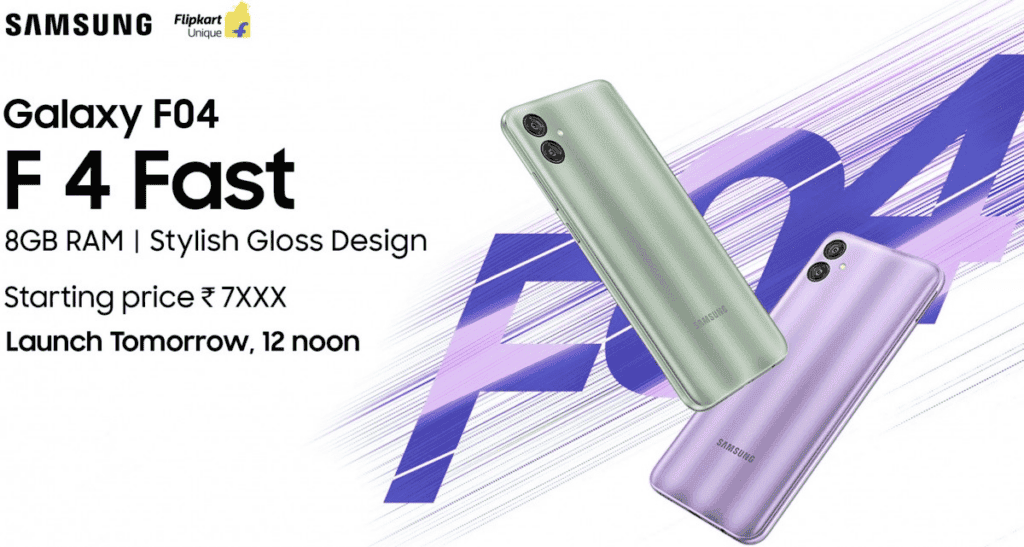 The upcoming Samsung Galaxy F04 will keep the tradition as an Indian exclusive. The phone will be sold through India’s Flipkart and will have an appealing price of INR 8,000. That is just $95, and as you can imagine, this does not bring much in 2023. For this price, we’ll get 2018’s MediaTek Helio P35 Octa-Core with eight ARM Cortex-A53 cores and a max clock speed of up to 2.3 GHz. The phone runs Android 12 OS. That sounds terrible, but according to the report, the Galaxy F04 comes with the promise of two major OS upgrades. Of course, we assume that Samsung will count Android 13 as the first major update, and Android 14 as the second. 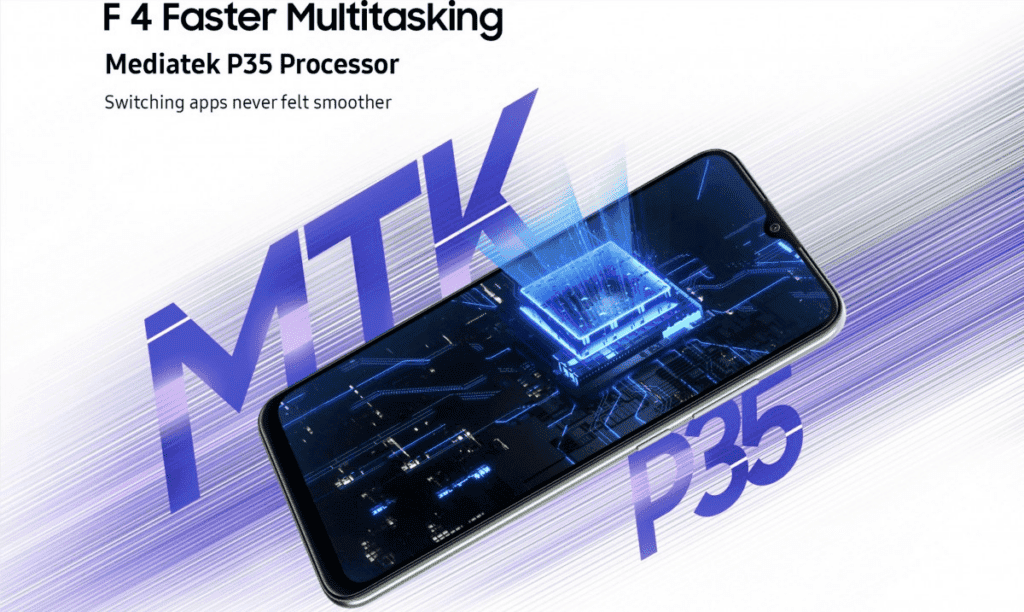 Despite the modest CPU, it seems that things will be better in the RAM department. Samsung teases up to 8 GB of RAM through the RAM Plus feature. To those unaware, that’s the feature that takes a portion of storage to use as virtual RAM. Although the actual RAM amount is unclear, we can bet on either 4 GB or 6 GB for the Galaxy F04. 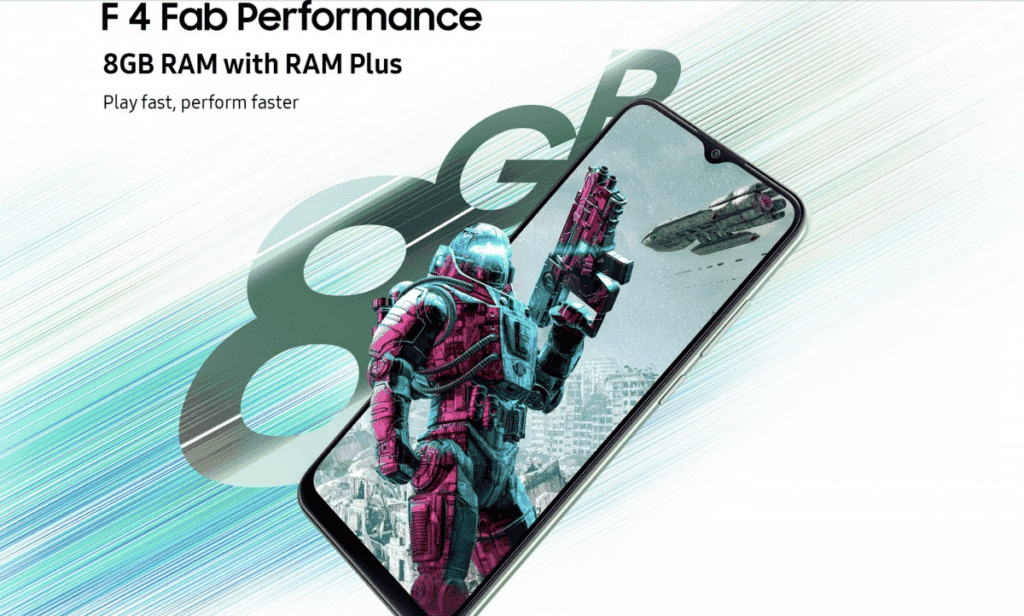 Further, the Galaxy F04 will get a 6.5-inch LCD screen with HD+ resolution and a waterdrop notch cutout. The phone will draw its power from a 5,000 mAh battery and we don’t expect any kind of fast charging. The device has two cameras, but we believe it’s the usual main + depth combo.

The Galaxy F04 will launch on December 4 at 12 PM IST. The device will bring a glossy plastic back with Jade Purple or Opal Green colors. Although this variant will be exclusive to India, we expect the phone to reach global markets with a different moniker. Samsung is officially opening the 2023 season for the mid-range lineup, and the Galaxy A54 is also among the upcoming launches.