The Honor Magic4 series debuted back in February of 2022. And considering the series’s timeline, we are pretty much due for a new series. Some leaks indicate that the premium Honor Magic5 will utilize the Snapdragon 8 Gen 2. However, it seems like the Honor Magic5 Lite s already in the works too!

But do not expect the Honor Magic5 Lite to come with all the latest and greatest hardware. According to the Google Play Console, the Lite version of Honor Magic 5 will sport a Snapdragon 695 SoC. This indicates that Honor is shooting for the mid-range segment with this phone.

Will the Honor Magic5 Lite Be an Upgrade?

In case you were not catching up with the past releases of Honor, the Magic4 Lite also came with a Snapdragon 695. That could make you think that the Magic5 Lite will not be an upgrade. However, from the leak, it seems that Honor is using a different version of the SoC for the Magic5 Lite. 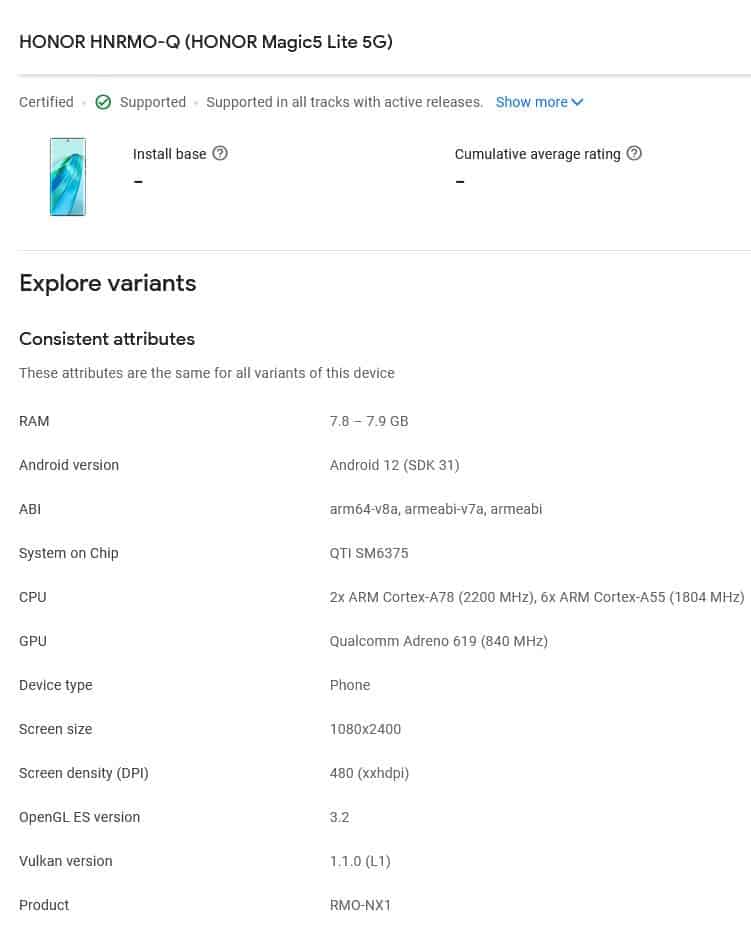 The Snapdragon 695 that is in the Honor Magic5 Lite has two Cortex-A78 cores. These big cores run at 2.2 GHz, the same speed as the original chip. However, the six Cortex-A55-based little cores run at 1.8 GHz. That is a 100 MHz boost from the original speed, which is 1.7 GHz.

However, it is not a new chipset for the Honor series. The Honor X9 5G utilizes the same chipset. Its little cores are clocked at 1.8 GHz. That was the major difference between the X9 and Magic4 Lite. And the Honor Magic5 Lite might also be similar to these two phones.

Next Don't Rush To Buy Smartphones: They Will Become Cheaper In 2023