A very popular Youtuber called Marques Brownlee, also known as MKBHD, recently shared his findings in the 2022 Smartphone Awards. In the awards, the iPhone 14 Pro won in the Best Camera System category.

However, the YouTuber also pointed out some issues with the quality of photos taken with the device. In a follow-up video, MKBHD explained that the cause of the subpar photos is post-processing.

The iPhone Trailed the Google Pixel 7 in Blind Camera Test 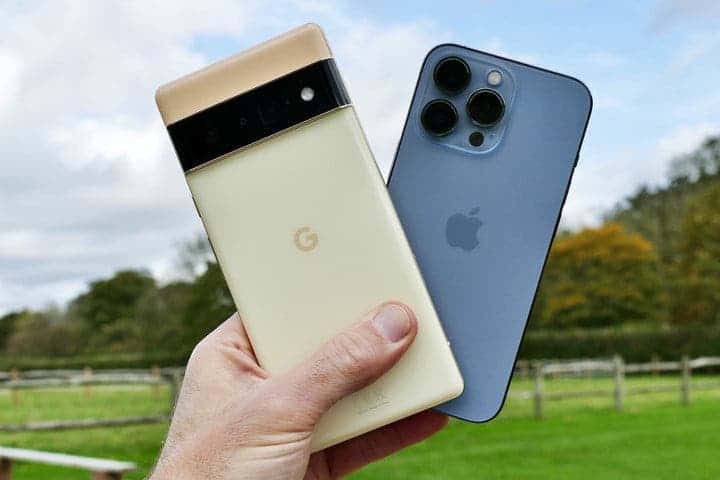 Prior to the 2022 awards, MKBHD conducted a blind camera test. In the camera test, the Google Pixel 6a surprisingly took first place. Closely coming in second was the Google Pixel 7 Pro. This has led to speculation about the performance of the iPhone’s camera.

In order to produce high-quality images, it is essential to have a sensor that can capture a large amount of light and detail. Unfortunately, smartphone camera sensors are much smaller than those found in DSLR cameras.

So, smartphone manufacturers have been implementing various post-processing (software processing) techniques in an order to enhance the quality of these images.

In most cases, smartphones use both hardware and software to manipulate images after they have been captured. This allows them to improve their appearance and compensate for the smaller size of the camera sensor.

This can include techniques such as reducing noise, adjusting white balance, and increasing brightness. The end result of this is more details in darker scenes.

Google Pixel Image Processing is Better Than the iPhone 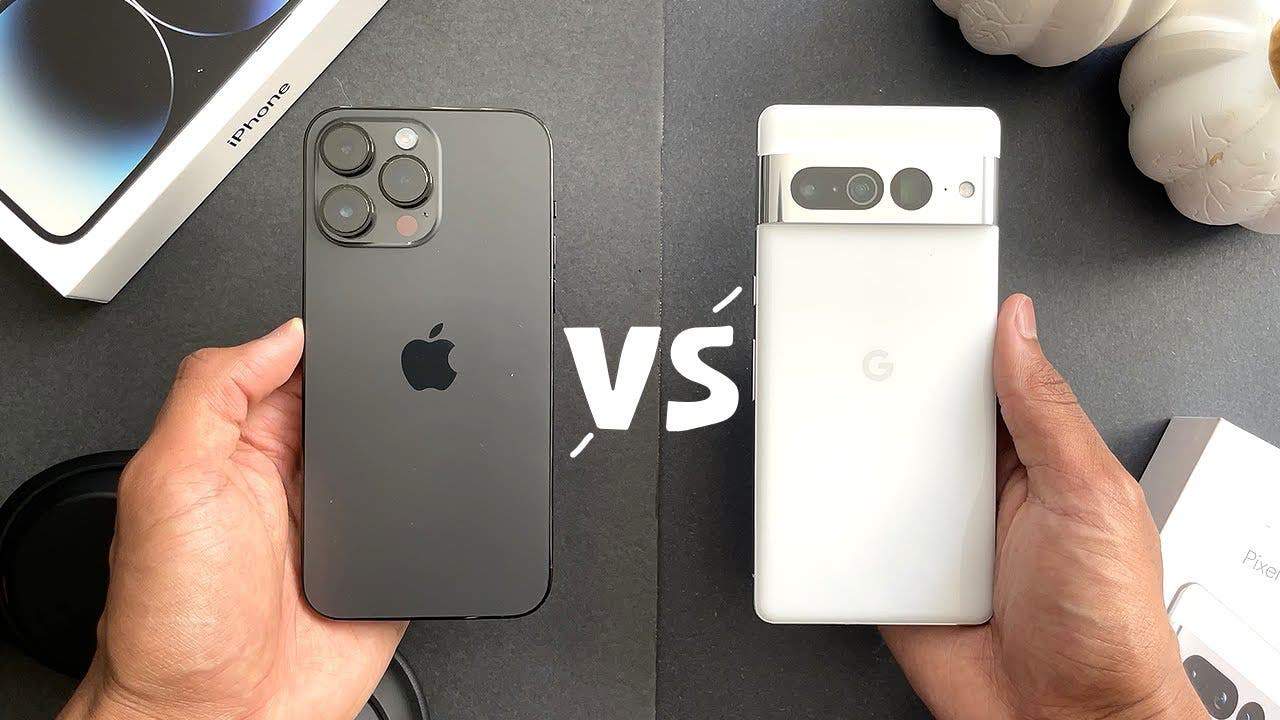 However, in recent years, Apple and other companies have gone even further in their software processing. On the iPhone, the Smart HDR feature combines multiple images taken under different conditions into one. This allows the phone to select the best elements from each image to create a superior photo.

Unfortunately, excessive software processing can lead to unnatural-looking images. This has been a problem with the iPhone’s camera in recent years. Meanwhile, Google Pixel smartphones handle this in a better way.

As noted by MKBHD, most phones perform well in normal lighting conditions such as a clear sky or when the subject has a plain background.

However, with a scene that includes a lot of colors and textures. The post-processing must be very sophisticated. It must be intelligent enough to determine the best settings for all of these elements.

As the Youtuber has demonstrated in his videos, Apple is not handling software processing correctly as compared to companies like Google.

The iPhone 14 Pro consistently attempts to lighten shadows. This happens mostly on people’s faces. This ends up producing artificial-looking appearance.

The iPhone also tends to exaggerate the sharpness of photos compared to other smartphones. MKBHD even pointed out that his skin tone appears differently when you take photos with the iPhone camera.

There is no denying that the iPhone has high-quality camera hardware. But the smart features such as Smart HDR that Apple has introduced in recent years is affecting the quality of the resulting photos.

Each year, the company adds more steps to the camera’s post-processing process. But instead of improving the images, these changes rather make pbotos look more unnatural.

Sebastiaan De-With, developer of the popular camera app Halide. Has also identified various issues with Smart HDR in his review of the iPhone 14 Pro camera.

This effect is part of Apple's Smart HDR, which 'segments' human subjects in photos and boosts their brightness significantly when backlit post-capture.

We've illustrated the subject detection and a likely 'how it looked' to the camera:

For instance, when there is a very bright background, the iPhone also tries to increase the brightness of the people in the photo. This causes them to appear overly white. De-With stated, “I have honestly never seen it make for a better photo. The result is simply annoying.”

In another instance, the iPhone camera applies numerous “bizarre artifacts”. To selfies taken in very low light conditions in an attempt to salvage the image. But this results in an “absurd watercolor-like mess” instead of a typical dark photo with a reasonable level of noise.

I have also noticed that Smart HDR is damaging the quality of some of my photos. It does this by making them too sharp and oversaturating the colors. Many iPhone users on Reddit have also share similar issues.

The Table Has Turned Against the iPhone 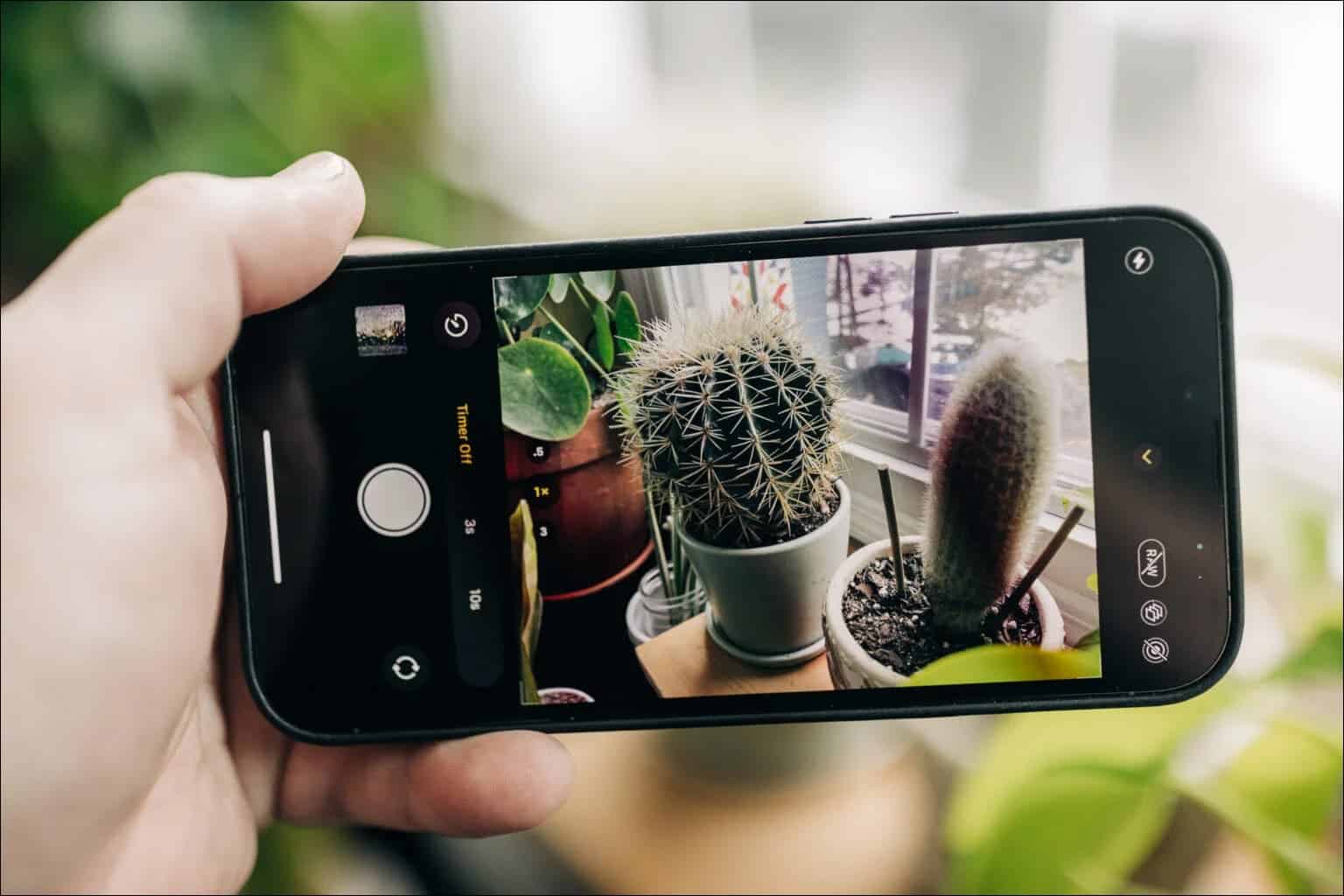 For years, iPhone users have mocked other smartphones for producing artificial-looking photos. Now, however, the tables have turned and iPhone photos have become excessively unnatural.

While I hope that Apple improves Smart HDR. I would prefer the option to reduce or disable image post-processing in the iPhone camera entirely.

But Google have been able to strike a good balance between the hardware and the software. This helps the Google Pixel smartphones take better images than the iPhone.

Its quite unfortunate that Apple’s iPhone performance is rather declining while other brands are improving. Hopefully, Apple can be able to fix this in the upcoming iPhone 15 series.

It is possible to take a RAW photo using apps like Halide (although it should be noted that ProRAW photos are still subject to some post-processing). But this results in a much larger image file in order to achieve a more natural appearance.

As an iPhone user, have you also noticed this? Has over-processing of photos also ruined your photos? Well, not everyone can be able to realize that. You may have to compare your photos with that of a very good phone such as the Pixel 7 Pro. Or you can start looking at your photos closely.

At a glance, it looks very nice due to the software processing but if you look carefully or zoom-in a bit, you’d realize that it looks a bit artificial. You can also share your experience in the comment section.

Steve Jobs once called Android a thief! and Apple is still bitter

Grand Theft Auto Online Has An Exploit To Affect You