Android 13 system is providing a new way to screen record a single application instead of recording the entire screen. Currently, when screen recording is performed on the Android system, all visible content of the phone will be recorded. This includes any notifications that appear, apps in the recent list, etc., which may leak privacy. Google is working on a potential solution to this problem and is currently in beta testing. Android 13 QPR2 has some experimental new UI for selecting a specific app for screen recording instead of recording the entire screen.

Real-time information about several recent apps is displayed in a dialog box similar to the share page of the Android system. There is a larger app list to choose from below these apps. This will allow users to freely select any specific app and make a screen recording. The wording of the dialog “Share or record an app” implies that the user will also be using it to cast the phone’s screen to another device. This will provide more privacy protection for the person who casts the screen. However, this feature does not seem to be working properly at present. It is still in beta so it is not a surprise.

Android 13 QPR2 Beta 2 tests new features: apps can be forced to use monochrome icons with themes

Android  13 QPR2 Beta 2 update for Pixel devices is now available. In addition to the new emoji, there are some hidden features. One of these features is to force the phone to Apps in Apps enable themed icons, even if the app itself does not support them. 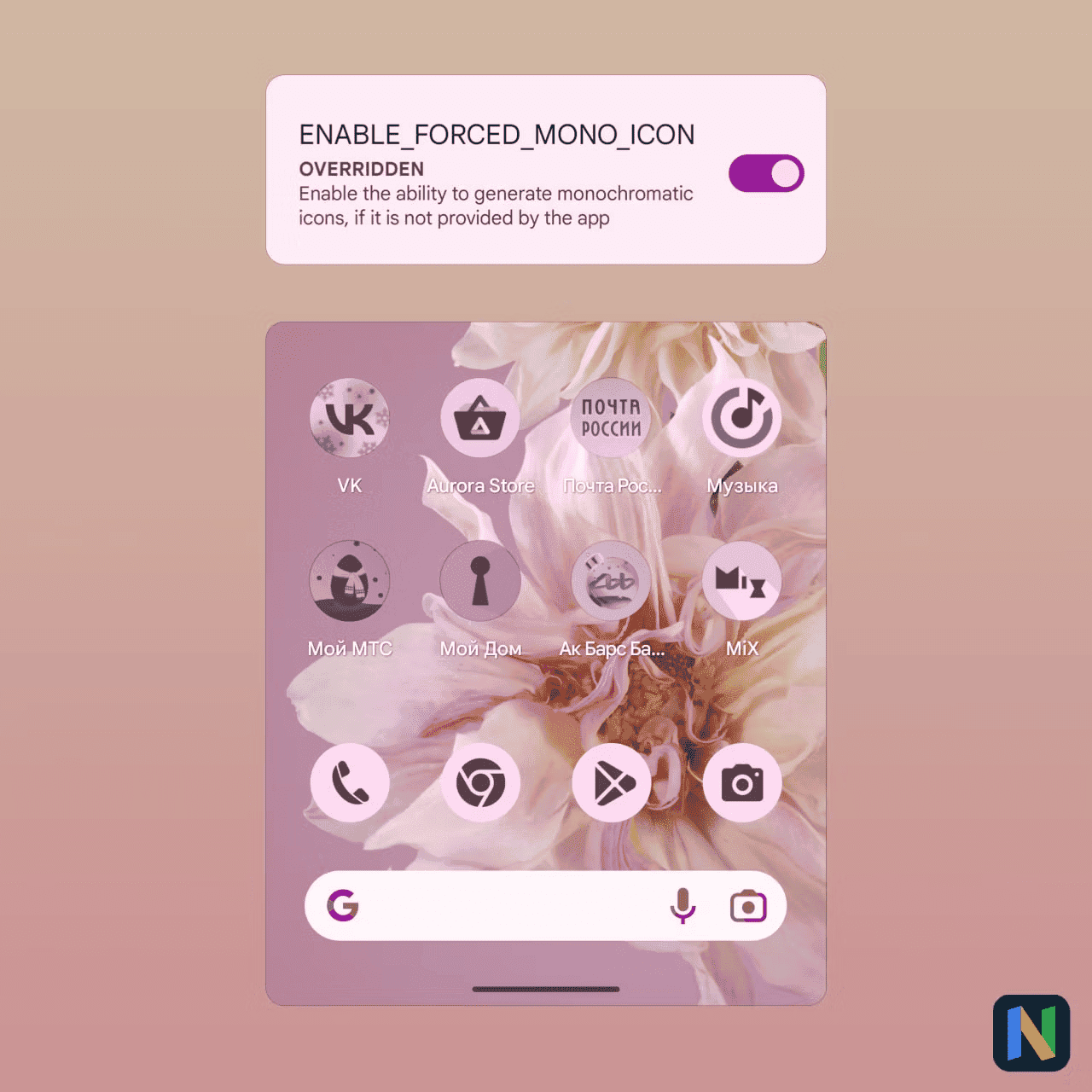 This function is called “ENABLE_FORCED_MONO_ICON”, and its description is… “If the app does not provide monochrome icons, enable the ability to generate monochrome icons.” That is to say, the function of this feature is to convert an ordinary app icon to a monochrome version of the icon. Thus, the theme color of the icon can match the wallpaper.

This feature works well for icons that are pretty simple in themselves. But when the home screen has more apps with styles like Instagram, it can look a bit cluttered. This feature is still being tested. It may not be added to the stable version of Android 13 in the end.

Next What is happening to physical games? sales continue to drop