A few weeks ago, OnePlus made its first move of 2023 introducing the OnePlus 11. The new flagship replaces the OnePlus 10 Pro, and as you can easily see, it leaves the “Pro” suffix behind. The phone launched in China and now the brand is gearing up to bring it to global markets. Apparently, the international variant is already in the final stages of testing. Today, it was spotted in the Geekbench benchmark.

The OnePlus 11 will begin its global journey in February. We don’t know if there will be a distinct date for certain global markets, but when it comes to India, the device will land there on February 7. Since the date is drawing near, OnePlus is testing the global units to make final performance adjustments. In terms of hardware, we don’t expect significant differences between the Global and Chinese versions. However, the picture is different when we look at the software part. 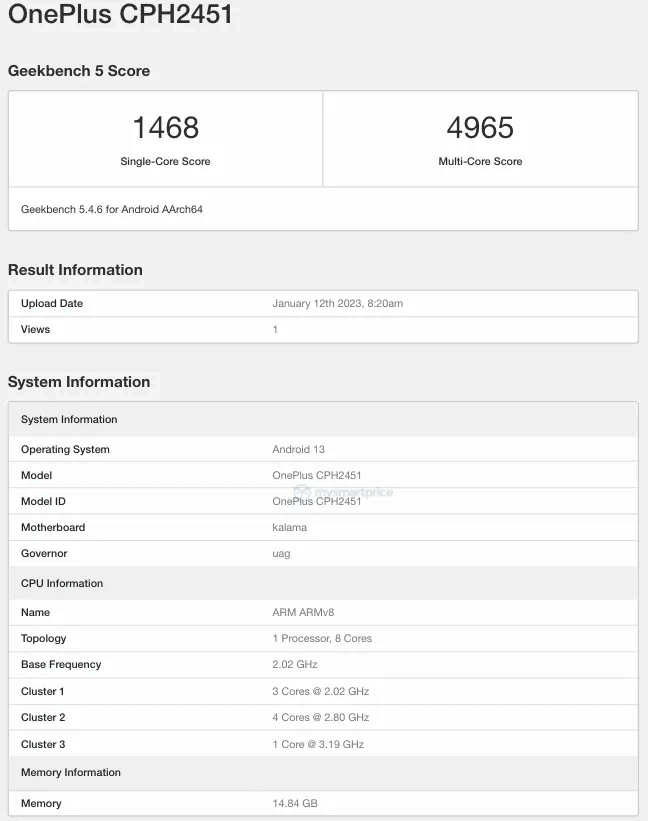 The OnePlus 11 appeared on Geekbench with model number CPH2451. Like the Chinese version, it has the Snapdragon 8 Gen 2 with a peak speed of 3.19 GHz. The phone scores 1,468 in the single-core tests, and 4,965 in the multi-core department. The listing also confirms Android 13. However, the global variant will have OxygenOS 13 running atop. To those unaware, the Chinese units run Oppo’s Color OS 13 instead. Nowadays, the two operating systems are similar in some UI elements and features, but OxygenOS 13 still has some exclusive features to please its long-term fans. There is also room for surprises in the software, as new flagships tend to bring fancy new features.

Interestingly, the listing confirms the 16 GB variant’s arrival in global markets. Of course, we also expect the base 12 GB RAM option to tag along. The other specs are not a mystery thanks to the Chinese launch. We know the phone will bring a 6.7-inch AMOLED screen with QHD+ resolution and a 120 Hz refresh rate. There is a top-left cutout for the 16 MP selfie shooter. At the back, we have a triple-camera setup with a 50 MP main camera, 48 MP ultrawide, and a 32 MP telephoto snapper. 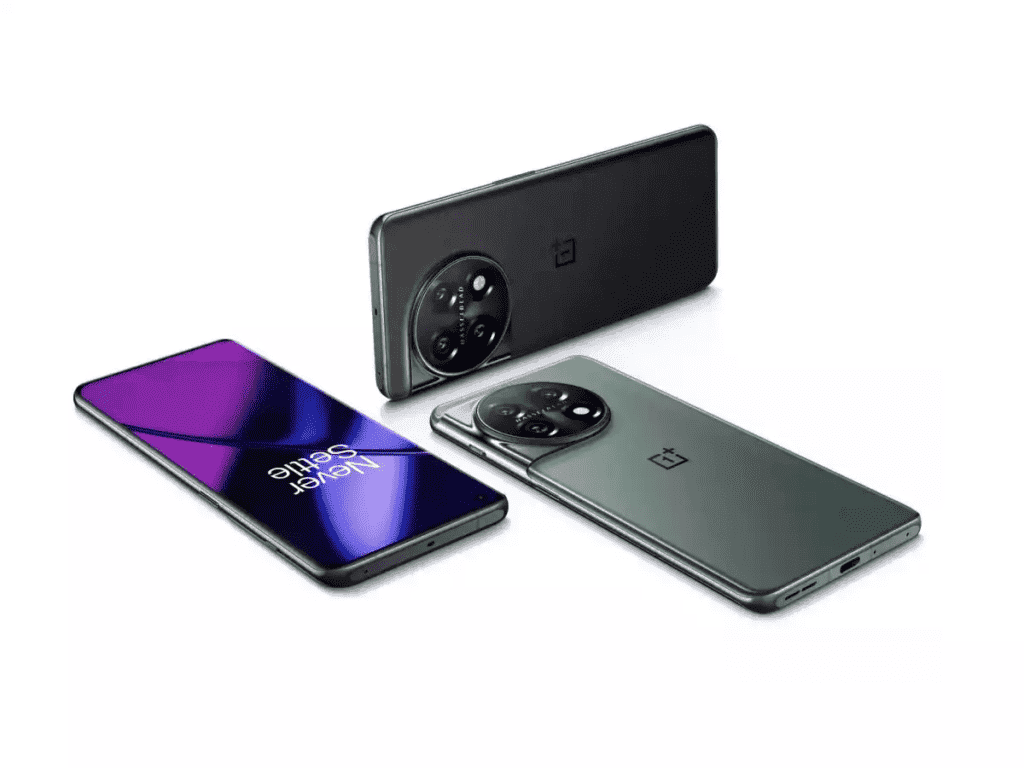 The OnePlus 11 draws power from a huge 5,000 mAh battery with 100W fast-charging support. The company will be kind enough to provide the charging adapter to customers. The exact price of the OnePlus 11 in global markets remains a mystery, but the Chinese version starts at CNY 3,999 which is about $581. Of course, the global price will be different. The phone broke the sales record in China, and we are curious to see how it will perform across the globe.

Next iPhone 14 Pro: Apple is working on a fix for display issues