Apple revolutionized its computer segment with the introduction of its first in-house developed silicon, the Apple M1. The chipset proved that is possible to deliver efficiency and power to computers with an ARM-based SoC. The Apple M1 got multiple iterations such as the Pro and Max with extra performance for different kinds of Macs. Back in the last year, we saw the rise of the second generation with the Apple M2. Today, Apple is introducing new flavors for the M2 series – the Apple M2 Pro and Apple M2 Max.

The regular Apple M2 was a great improvement over the original M1, but they were inferior to the Apple M1 Pro and M1 Max. Now, Apple comes with higher offerings for different performance needs. The Apple M2 Pro and M2 Max will add more cores for more performance and graphic power. The company took the wraps off new MacBook Pro models and a Mac mini, featuring the new Apple M-series chips.

The Apple M2 Pro is developed in the 2nd-gen 5nm process which features 40 billion transistors. Moreover, it supports up to 32 GB of unified memory with 200 GB/s bandwidth. The new chipset comes in two configurations with 10 or 12 cores CPU cores. It has 6 or 8 high-performance cores plus 4 efficiency cores. When it comes to graphics, the chipset comes with up to 19 GPU cores and a larger L2 cache. In comparison to the Apple M1 Pro, the M2 Pro CPU is 20% faster, while the GPU has 30% more performance. 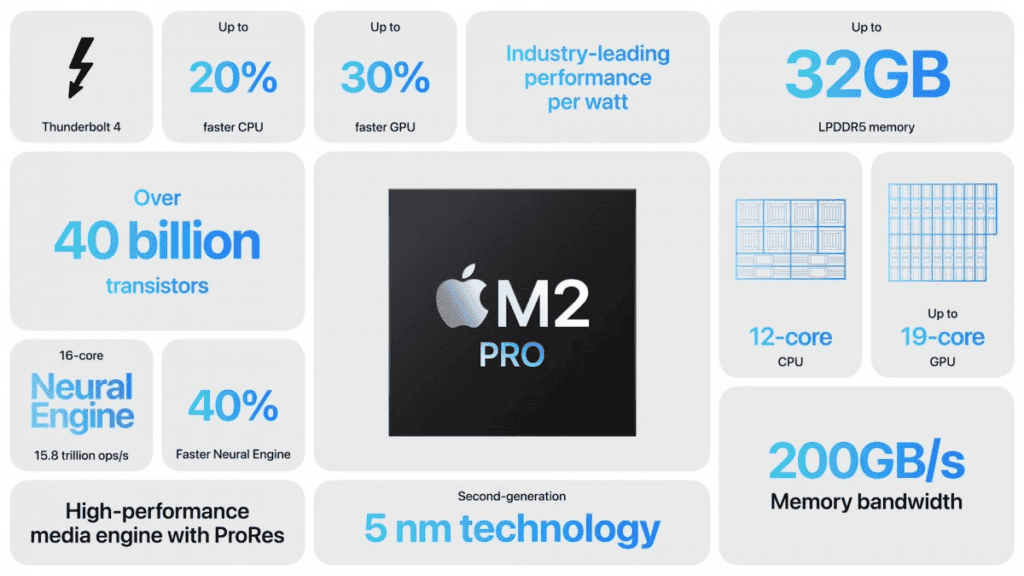 Obviously, the M2 Max sits above the gang. It has 67 billion transistors. It also has support for up to 96 GB of unified memory running at up to 400 GB/s. The CPU is the same as the 12-core version of the Apple M2 Pro. The GPU boasts 38 cores, and the L2 cache is even bigger. 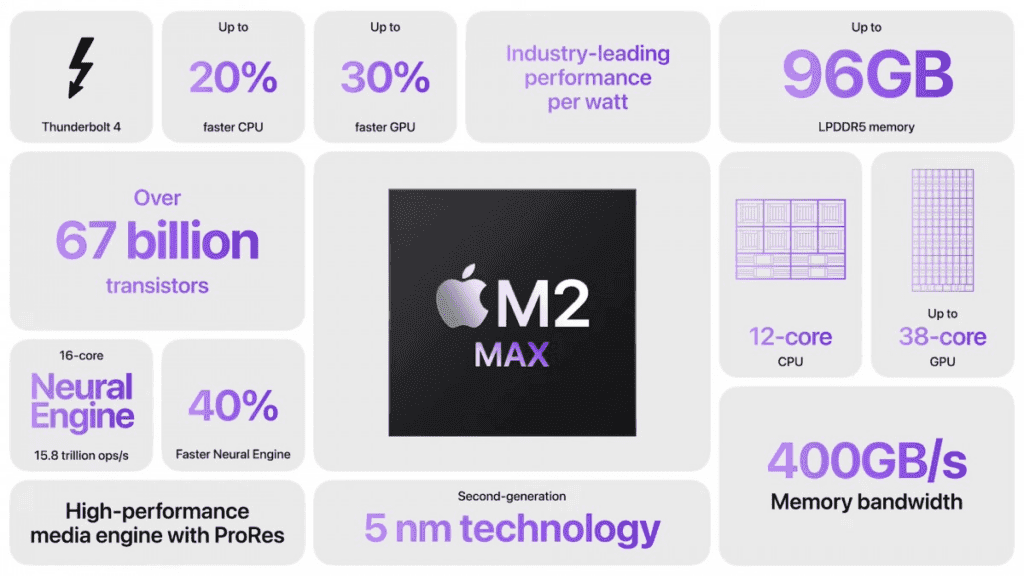 In terms of architecture, both the Apple M2 Pro and Max have similar hardware. The two chipsets bring the same 16-core Neural Engine with up to 15.8 TOPS. It’s 40% faster than their respective M1 series predecessors. Furthermore, the new SoCs also bring video encode/decode engines and ProRes engines. As a result, they can handle multiple 4K and 8K video streams using ProRes, HEVC, and H.264.

We expect more details to appear in the coming weeks, as soon as the new MacBooks start to reach the users. Now, the only missing piece is the Apple M2 Ultra. This is one that is rumored to debut soon and even power an upcoming Mac Pro.

Previous What is the best iPhone you can buy in 2023: Here's the answer