Nokia had quite a comeback in 2016 at the hands of HMD Global. However, the brand failed (or perhaps gave up) in competing with the well-consolidated Android brands. After a lot of good smartphones in the mid-range and premium mid-range categories, and failed flagship attempts, Nokia mostly focuses on low-end devices nowadays. Apparently, that strategy is paying the bills as new low-end phones are coming at a good pace. Today, the brand kicks off 2023 with the Nokia C12 a super-budget phone with Android 12 Go.

The Nokia C12 seems to be a sequel to the Nokia C10 with a smaller display. The phone boasts a 6.3-inch LCD screen with an HD+ resolution. As usual in the low-end class, the phone comes with a waterdrop notch design. Of course, we won’t find any kind of high refresh rate and the display is limited to 60 Hz. The phone measures 160.6 x 74.3 x 8.75mm and weighs 177.4g.

Under the hood, the Nokia C12 packs the Unisoc SC9863A1. This chipset is not the best on Unisoc’s portfolio and features a super-old 28nm manufacturing. So, power efficiency is not the strong point here. Anyway, it’s an octa-core CPU with eight Cortex-A55 cores at up to 1.6 GHz. There is also a PowerVR IMG 8322 GPU for basic tasks. The phone comes with up to 2 GB of RAM and you can enable more than 2 GB of virtual RAM. 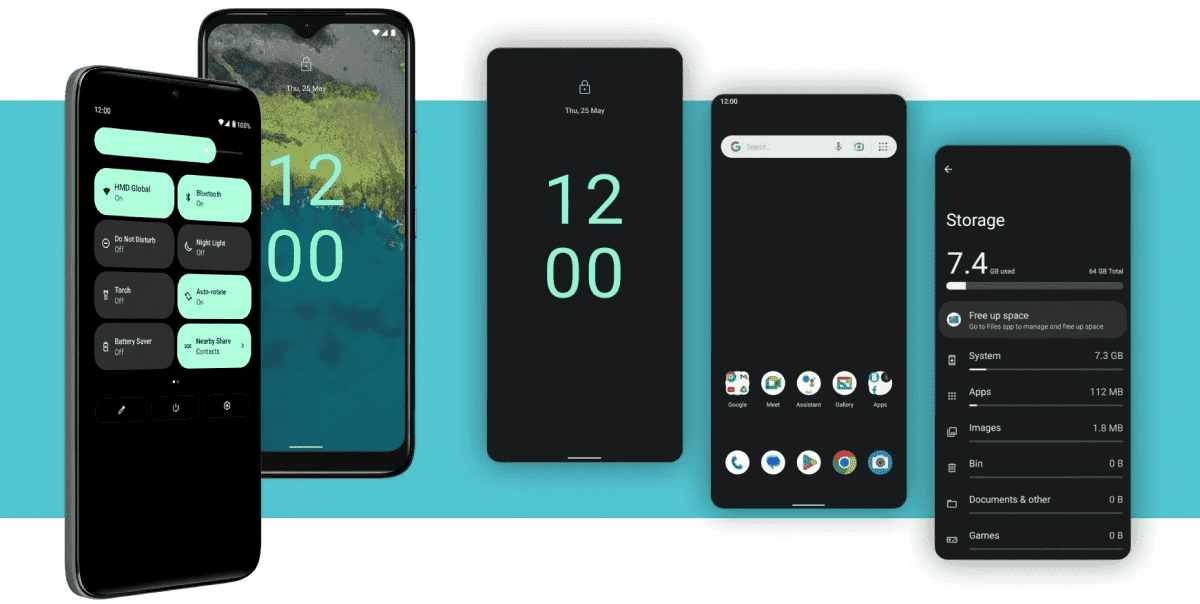 The Nokia C12 runs Android 12 Go Edition, so the amount of RAM shouldn’t be a problem here. Anyway, you shouldn’t expect much multi-tasking in this hardware. The phone comes with 64 GB of internal storage, and that amount is enough to keep you out of problems. There is also a micro SD Card slot for further memory expansion. The phone has two cameras, there is a single 8 MP main camera with LED flash and a 5 MP snapper for selfies and video calls.

The Nokia C12 has 4G connectivity, Wi-Fi, and Bluetooth 5.2. It also comes with a 3.5 mm audio jack which is almost exclusive to budget devices nowadays. There are three major downsides to this phone: It comes with a micro USB port, so there is only 5W charging for a 3,000 mAh battery. We don’t know what came over Nokia to put this battery alongside a 28nm SoC. Nowadays, most low-end phones come with huge batteries with at least 5,000 mAh. The micro USB port is another downside, after all, USB Type C is already in low-end phones.

Don’t think these cuts in technology reflect the price. The Nokia C12 is not really the cheapest of the budget phones at €120. There are cheaper offerings like the POCO C50 / Redmi A1+ with better specifications. Anyway, the phone is made to last with a polycarbonate build, IP52 rating, and toughened glass. The device should get Android 13 like other Nokia phones, once its Go edition becomes available.

We are curious to see if this phone will withstand the competition with these modest specifications.

These Nokia phones are now getting the December update