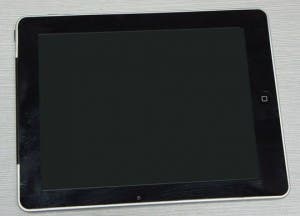 We’ve seen what these imitation iPad’s look like from the outside, but what are they like inside?
Today we’re going to take a peek at the guts of the 8 inch screened iRobot aka The Rockchips RK2818.
This little iPad clone comes with 2Gb of built in memory and 256Mb of Ram, but it will happily support a maximum of 32Gb of memory (via SD cards) There is also a model with 1Gb of Ram.

Tear down after the jump! 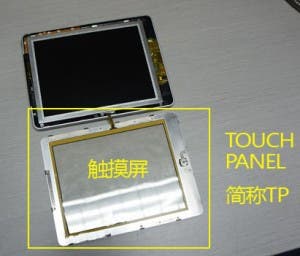 First job is to pop the touch screen off. The touch screen (labeled Touch Panel in this shot) is secured over the LCD color screen by 12 tiny screws. If you want to try this at home be really careful of those wires running from the touch screen. They go directly to the mother board and can be easily broken! 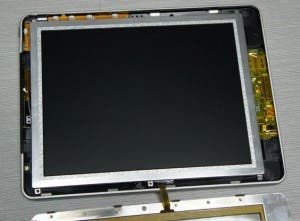 Once the touch screen is off we can see that the actual LCD screen is 10 inches. Only 8 inches is usable though due to the large bezel and touch screen hiding portions of it. 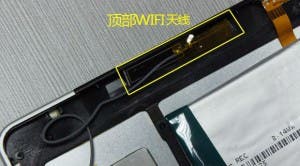 We can also see the WIFI antennae is located at the top of the device (opposite end to the home button) and is protected by a black plastic panel rather than alloy. This is to improve signal quality (much like in the real 3G iPads). 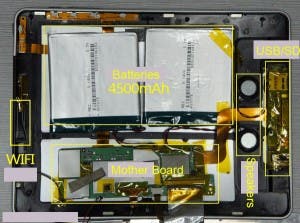 This next shot shows us the inner working of the 8 inch beast. The WIFI antennae is on the left of the screen. The center of the unit holds 2x4500MAh batteries. Below the batteries is the mother board. Moving to the right we find 2 x speakers and then at the far right the gubbins for the 30 pin dock connector, mini SD card reader, head phone jack and mini USB plug.

On the backside of the mother board we find the second RAM chip (the one on the left) and the CPU itself which is a Rockchips RK2818 model running at 800Mhz.

Well that’s it for this tear down we hope to bring more to you soon.

Previous Cute And Creepy Ways To Charge Your Phone