The prospect of watching my phone charge while connected to a bit of black or white flex to the wall doesn’t sound all that interesting to me, but thankfully 5 designers have had their thinking caps on and have designed some rather unique ways to make the experience bearable!

So here are 5 ways to make charging your phone fun starting with the cute and ranging to the sexy and disturbed!! With video! 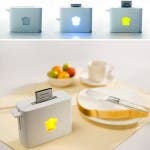 This is very cute! Stick your lithium battery (most popular models are compatible) in to the slot on the top just like you would a slice of bread in a toaster and let it charge. As the battery charges it will pop out in two stages with the light on the side changing color to indicate how full it is. 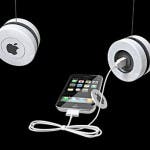 YoYo’s are cool again in China. It seems the Yo-yo fad rears it’s ugly head every 4-5 years here, and as to celebrate this charger has been made to look like one. But not any old yo-yo an Apple Yo-yo!! It’s a little like the old chargers that came with Powerbooks, only this one can actually be Yo-Yo’d!! 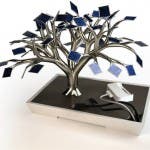 54 mini solar panels are attached to this chrome banzai which should charge your phone in a matter of hours, if you happen to have enough sunlight that is. 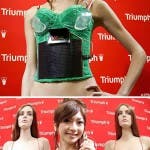 Another environmentally friendly charger but this time attached a ladies under garment! Yes, awesome to look at while your phone is on charge, but with a major problem! Don’t undergarments go under your clothes ergo blocking out the sun!

Why the hell you’d want this is anyone’s guess! A snaking pulsating umbilical cord that looks to be gagging on your iPhone! Check out the video below!

Previous China May Get Google TV in 2011

Next Fake iPad Tear Down