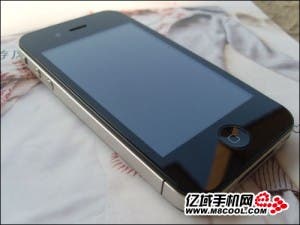 The Shanzhai market is really hotting up with customers demanding better clones are more features and this Windows Mobile totting iPhone 4 clone is proof of the pudding.
Overall appearance is pretty darn close to that of the real thing, even the Windows Mobile O.S has been dressed up to look like iOS, but when we look closer there are some rather dressy chinks in the rather spectacular exterior.

Let’s start with the front of the clone. It’s dressed up with nice shiny glass, a 3.5 inch touch screen which supports multi-touch and.. what’s this… a light sensor?

Now on to the sides we’ve got a volume controls and a lock switch, a power button and a 3.5 mm head phone jack all mounted in to an alloy band (which isn’t the antennae) and …. 2 sim card slots!?? One at the top (like the older iPhone models) and one on the side like the real iPhone 4?
Well no not exactly. Only one of those slots is for a SIM card (the one at the top near the power button) so what’s the other one for? A micro SD card perhaps?

The backside also gets a glossy black glass construction, with all the Apple and FCC blurb plus a camera and an LED flash. Wow, scratch that! the camera is kosher but the flash is just a bit of fancy dress! 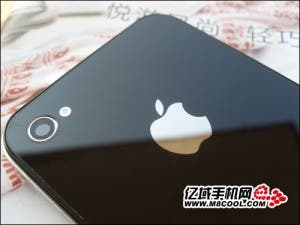 The dressed up O.S certainly looks the part. Apps dance about when pressed on for a few seconds so you can reposition them, the menus look great and there is even an iOS style multi-task menu. 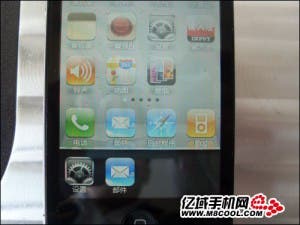 Expect to pay upwards of 1000 Yuan for this baby once it hits the shelves.

Next This Watch Phone Won't Deflect Bullets, But It Will Take Shady Photos