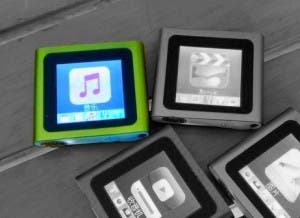 We reported earlier this month about these iPod Nano 6 clones complete with touch screens, but now we have a few more details and some better pictures to throw at you. 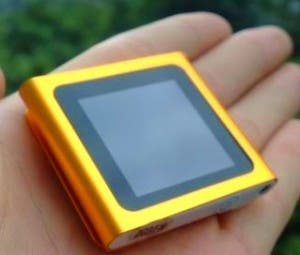 The body is constructed from one piece of alloy, much like the genuine, and features a mini touch screen and a sprung clip on the back.
The rest of the controls and electronic gubbins, volume buttons, hold switch and of course head phone jack are built in to a plastic hub which slides in to the alloy body. We’ve had experiences with similar Shanzhai construction and found the hub easily slides out after a few weeks of use, we guess this will be the same situation here. 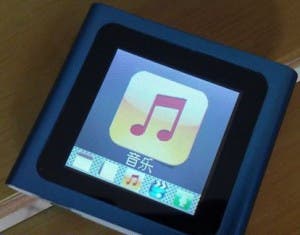 The small touch screen is really very poor when compared to the genuine Nano’s, the picture is very pixelated and the colour washed out.
The O.S is very basic and a bit of an eyesore, but it does get the job done and can handle all popular music formats. The blurb even claims you can read TXT files, but we wouldn’t like to try on that tiny poor quality screen. There’s also a built in mic for recording voice memos.

The overall quality and finish of the little knock off device is really pretty poor, but then again it does cost a fraction of the real iPod Nano. The image above shows the screen isn’t sitting straight and the plastic base is already coming out!
The base model with 2Gb of memory will set you back 96 Yuan ($15) where as the top of the range 16Gb costs 160 Yuan ($24) with a 4Gb and 8Gb models nestling in between.

Previous Meizu M9 for ‘When you Weak Up’ 'Have a Fun'! Promo Video

ARM has succesfully developed a chip made out of plastic