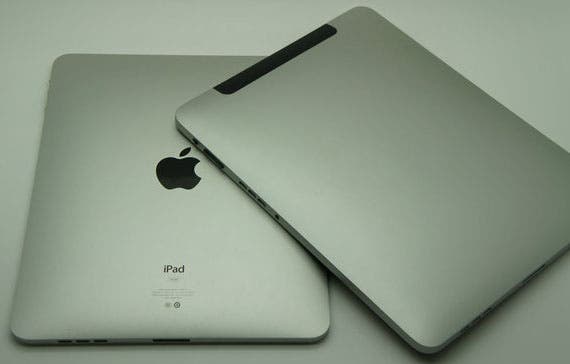 It’s literally been hours since we posted pictures of this 9.7 inch iPad mimic with a 7 hour battery life and LG capacitive screen, and we already have our first hands on impressions.

Full article after the jump.

What else have we learnt? well there are 5! speakers in the device in total! However quality isn’t as good as the iPad’s but its a darn sight louder!

The main sync cable is of a 30 pin design. 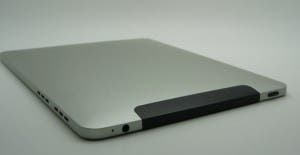 The black plastic cover in between the power/sleep button and head phone jack at the top of the tablet is removable and reveals….

The SIM card slot for a 3G connection! 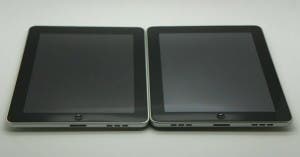 As you can see from this picture there isn’t much between the look of the iPad (left) and the Freescale (right) other than the extra speaker mesh. 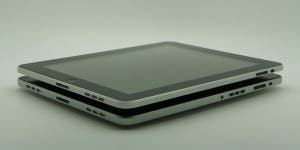 In fact if Freescale hadn’t been so generous with speakers we would really be lost telling the two apart! 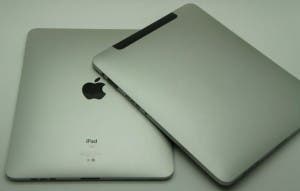 The rear looks very much like a 3G iPad apart from the lack of Apple logo (pictured with the Freescale is a WIFI iPad).

Just like the genuine iPad the Freescale does have a few (depending on your view) shortcomings such as lack of USB and SD card readers.
The button positions aren’t in the best location on this prototype model too for use with Android. The most commonly used ‘back’ button is placed at the top of the device rather than as the ‘home’ button, which may take a bit of getting used to.

Overall though this iPad clone looks pretty good and may just be as good as the real thing when loaded with a tablet version of Android!
More details as we get them.

If you or your company is interested in selling this or any other device/gadget you’ve seen on Gizchina please don’t hesitate to contact us.