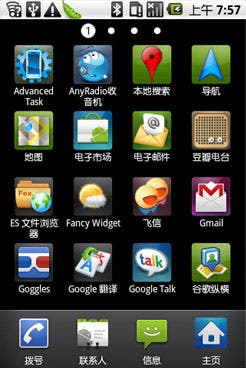 The i9000 Galaxy S clone was already a stunning looking clone but now with its new firmware touting the actual Samsung TouchWiz 3.0 interface you going to really find it difficult telling fake from real!
Video after the jump.
The new firmware adds a lot of built in adds to the i9000 including Chinese market place, QQ and MSN instant messaging services and Google translator.

Next Freescale iPad Clone Hands On