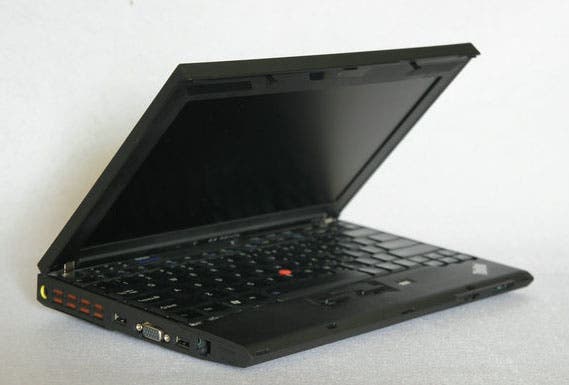 Considering how long the IBM ThinkPad range of laptop computers have been around for, we’re pretty surprised it’s taken this long for a clone to pop up.

I don’t know why but the ugly duckling that is the IBM ThinkPad has really started to grow on me over the last few months. Why my opinion, about what is easily the ugliest laptop every created, has changed I don’t know. It could be my love for all things retro (the IBM certainly looks like it’s been torn from the hands of an 80’s Yuppy) or it could simply be a case of desensitized due to seeing them about on a daily basis and I’ve got so use to the shocking use of angles and wedges.

What ever the reason I and many others (in China at least) seem to like the lego brick look so much so the Shanzhai factories in the South of China have decided to make a clone. 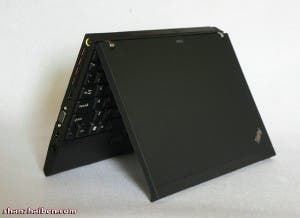 The object of the clone makers attention this time around is the IBM ThinkPad x200, and they’ve done a sterling job of imitating the 11.6 inch laptop, they’ve even gone so far as to use the same rubber feel material on the exterior of the shell as the original and print a ThinkPad logo in the corner! 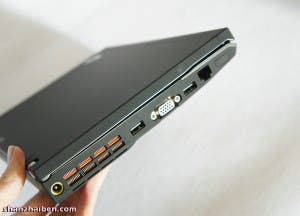 As you can see from the photos (here and below) the function over form design from the originally has been carried over in to this clone, with large (ugly) fan vents and easy to remove hard drive to the odd looking yet very functional mouse/trackpad/navigation controls. 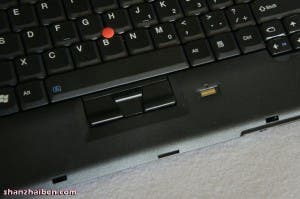 Just like the real X200 this clone gets an SD card reader, VGA out and 2 x USB 2.0, but unlike the original this clone only gets an Intel Atom N455 1.66 Ghz CPU rather than a more powerful and more expensive dual core unit. 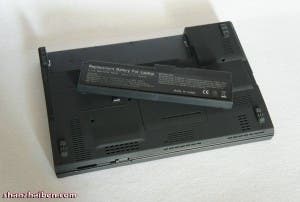 The battery is a 4400 mAh item which should keep you going for a few hours without needing a charge, but isn’t likely to set a new record for laptop battery life.

This clone IBM ThinkPad X200 is due to be put on sale within the next few weeks. Once on the market we’ll post more info and pricing details, in the meantime why not follow us on Twitter for more Shanzhai and clone/copy news.