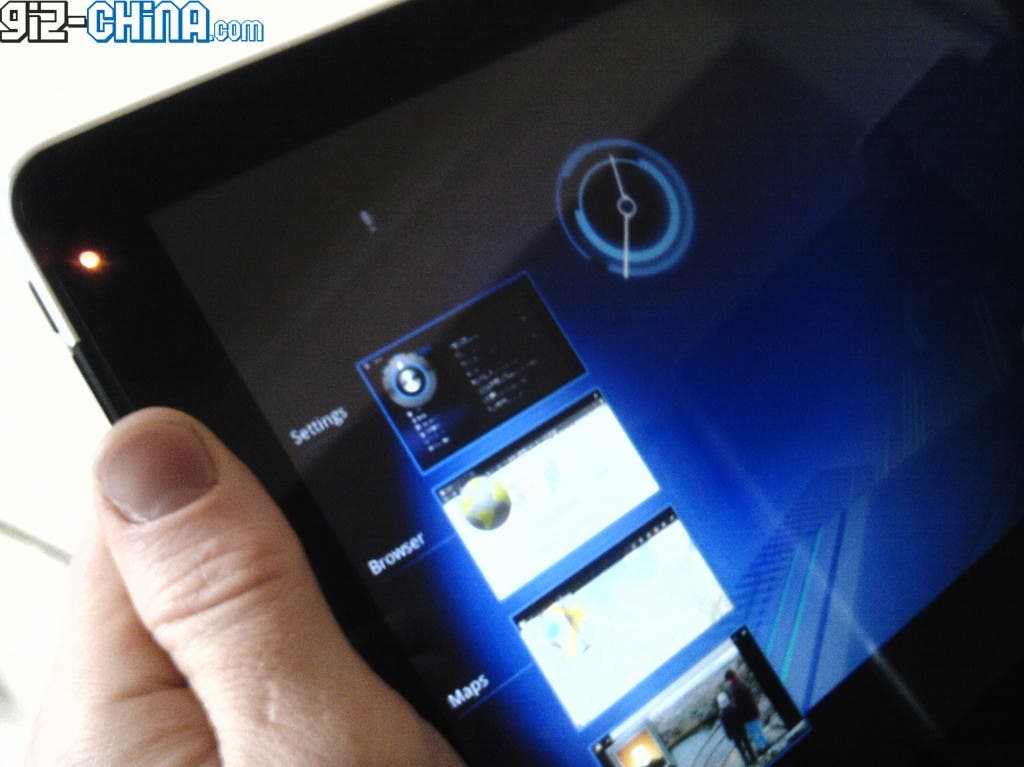 If this picture is genuine, we won’t have to wait long for super cheap Android 3.0 (Honeycomb) tablets to become available.

Update: a 3D camera equipped version is also in the works!

Android tablets have been around for a few years now, but 2011 presents the first time Google has shipped a tablet optimized version of Android, in this case Android 3.0 Honeycomb. The first Honeycomb powered tablet to be announced was the Motorola Xoom, but it looks like every major electronics company has a tablet in the works.

Not just the big name companies are jumping on the 3.0 bandwagon though, but also all the major tablet makers in Shenzhen have a new Android optimized tablet on the way.

The spy photo taken on a factory workers cell phone and sent to us, claims to show the top left corner of an iPad like device with a 10 inch capacitive screen, 1.5Ghz CPU, 1Gb RAM, a 64gb SSD and micro SD card reader. There is also reportedly two cameras on the device (one front and the other rear) but they also have another version in the works with dual rear cameras to produce 3D images!

We’re hoping our source will get us more photos son, but in the meantime you will have to make do with this one rather blurry shot.

Previous Light Sabres and 150 Hula Hoops! It Must Be Chinese New Year!