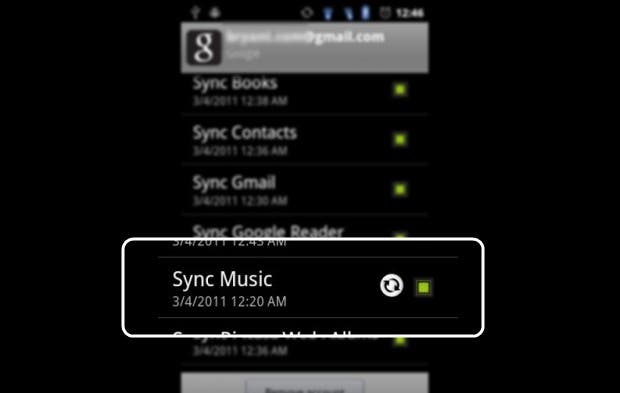 A hidden feature in the Android 3.0 Honeycomb apk suggests that Google is close to revealing a new service that will give Android users the option to store and stream music from the cloud.

The hidden code was discovered by an Android developer from the XDA developers forum. WhileWidows, as the forum member is known discovered the streaming service after installing a modified version of Android on his phone and replaced the default music player with the one bundled with Android 3.0.

Even in it’s butchered and prototyped state, the eagle eyed developer managed to sync his music collection to a Google server then stream his collection to his phone from the cloud service.

Whether we see Google release the streaming service or not is anyones guess, but the news proves that the web giant has the applications ready and the technology in place to offer a cloud based music service at anytime they feel fit, news which must have Apple, Sportiy, Pandora and LastFM more than a little worried.

Previous Android Wallpaper of the Week

Next Has Apple Just Destroyed the Chinese Tablet Market and its Many Clones?