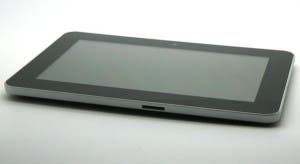 It looks like Apple’s iPad 2 will have more than just the upcoming Wi-Fi only Xoom and Blackberry Playbook to worry about if reports coming from Shenzhen are correct.
News has it that there are a number of factories in the Chinese technological boom town working on Android tablets with dual-core Tegra 2 CPU’s and whooping amounts of RAM.

The first to hit headlines is this the Qpad dual-core Tegra 2 Android Tablet. From the outside the Qpad looks similar to Viewsonic’s ViewPad 10S.
There’s a nice 10 inch multi-touch capacitive screen with a resolution of 1024 x600, a nice thick bezel to clamp your thumbs too plus a front facing camera for video chat.

As we’ve already mentioned the Qpad gets that super dual-core CPU from Nvidia, in this case a 1Ghz model. To help that speedy little chip out if HD video or games give it any stick is a nice chunk of RAM (512mb) and 3D graphics acceleration hardware.

There is also a 4 way gravity sensor, great for gaming, HDMI out, Bluetooth and a 3300mAh battery which is officially rated to give 6 hours of run time.

Although the Tegra 2 Chip-set and RAM is more than adequate enough to run Android 3.0, the Qpad ships with Android 2.2 (with the official Android market) but that isn’t to say there won’t be a Honeycomb update path available in the future.

Check our the video below of the Qpad in action.

Next Apple Finally Get's Out Smalled!