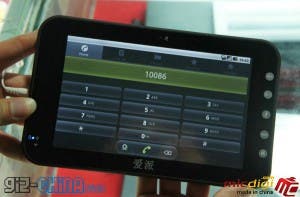 There are 3 all together awesome reasons I love this Android device.

Speak to the average consumer and ask them how big a tablet device is and they’ll more than likely give you a size of roughly 10 inches or so. Then ask how bit a phone is and you’ll get a size of around 4 inches.
Then just for kicks whip this tiny tablet/big phone out and ask them what it is! It will either be a big phone, a small tablet or you may witness the rather rare but frightfully spectacular condition known as spontaneous human combustion!

This little/big device doesn’t know what it is bless it. Although it has a resistive touch screen measuring 7” (800 x 600) and features all of what you would expect to find in a lower end Android tablet device, this tablet can also be used to make phone calls! 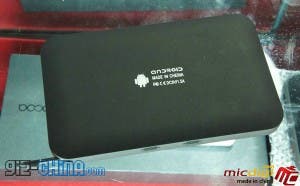 Under the skin and dodgy spelling, we are greeted with a solid but less from impressive hardware line up; Marvell PXA166 800mhz CPU, 256mb RAM, 4Gb of built in storage and a 2500 mAh battery. 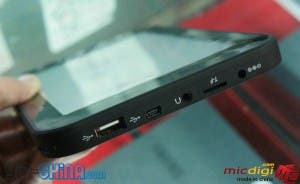 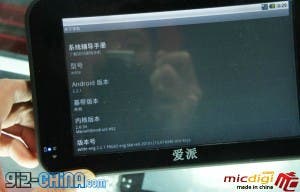 O.S is Android 2.2 (2.2.1) so you can expect this device to work exactly the same an enormous phone or tiny tablet. Either way though you will have difficulty slipping it in to your pocket, and in fact difficulty holding on to your wavering street cred if you were to be seen using it as an actual phone!

Next ﻿And The Most Popular Android Version Is...