Getting ripped off is always going to hurt especially when you think you’ve bagged yourself a bargain, but the guy who bought this hard-drive in China and took it to a repair shop to find out why his movies wouldn’t play properly must be steaming! 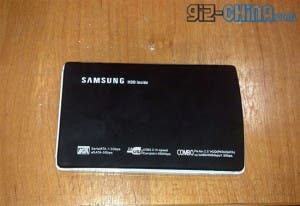 From the outside this knock-off Samsung hard-drive looks real enough, even plugging the device in to a computer the storage space shows as the claimed 500GB. 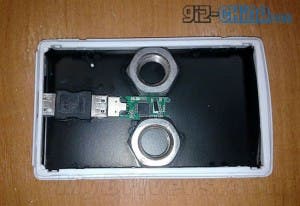 But opening the case up and the things start to look a little disappointing!

The customer only discovered that he had been royally ripped off when, after copying movies to his newly purchased disc he could only watch 5 minutes of film before it restarted again and continued in a loop.

Upon inspection the local repair shop, situated in a Russia town bordering China, discovered the case had been fitted with a small capacity Nand Flash unit and 2 large steel nuts (to give it some genuine weight!).

Next Thinkbook Business Tablets at CCES