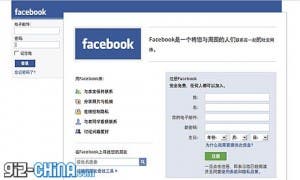 The hottest news all over Twitter and various blogs today is the possibility of Facebook’s long over due return to mainland China, via the largest search area in China Baidu.

Baidu has the largest search engine market share in China with nearly 80% of Chinese users using it’s search service and various applications such as mail and maps, so a tie in between Facebook and Baidu would mean a huge surge in members for the American base social networking site.

Rumors started late last year Mark Zuckerberg, the CEO and creator to social website Facebook was spotted at Baidu’s offices in Beijing sparking reports that the two were planning to work together on a Chinese only ‘Facebook’

Later reports in Chinese media stated that Baidu’s representatives had been to Facebook’s offices in Palo Alto during February.

A re-entry of Facebook’s services in China is obviously going to attract a lot of extra members and in turn revenue for both parties, however some large hurdles need to be cleared before this can happen, that largest obstacle being the Chinese Government who have actively blocked Facebook in the mainland since 2009.

Next This Knock Off 500GB Hard drive Has Nuts of Steel!