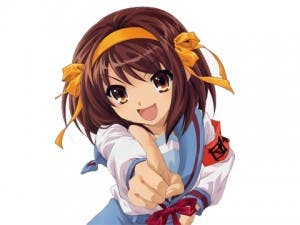 A Chinese manga network especially designed to be used on mobile phones, Cunrenhuaqu, has sparked a lot of interest from both anime fans but also mobile network carriers, who are looking at the cult Japanese cartoons and comics as a way to beef up their profits.
Analysts are predicting that the next big thing in China will be a publication and subscription network which will allow manga fans to download and consume their favoring manga on the go.

China currently has 740 million mobile phone users the majority of which are younger customers who have an interest in the often graphic cartoons. However despite the possibly huge audience one of the largest obstacles for such a network will be lack of suitable content.

If such a network is to begin phone companies are hoping customers will subscribe shows and comics by way of a monthly fee set at different levels depending on their interesting the genre. Otaku, will be the top of the line streaming service, then there will also be ‘fan’, ‘amateur’ and ‘beginners’ subscriptions.