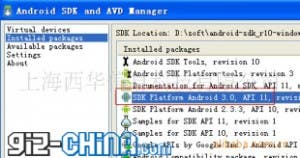 Google may have stopped the free, open distribution of the Android Honeycomb source code, but that hasn’t stopped some enterprising individuals in China openly distributing the code.
It seems someone in China has got their hands on the Honeycomb code and are happy to part with it for $11!

The listing on China’s Alibaba sourcing site claims that they have the latest version of the Honeycomb code and are willing to distribute it for 75 Yuan ($11);

“Our Google Android 3.0 to the latest version. I offer paid downloads…”

Android 3.0, Honeycomb is the first version of the Google mobile operating system to make full use of features exclusive to tablet devices, however in a surprise move Google took Honeycomb out of the open source program meaning any possible cheap Chinese Honeycomb tablet have been effectively put on hold.

We are not sure if the listing is genuine or if it is someone trying to cash in on those not wanting to wait for the official release of Android 3.0 by Google.

If it is real it’s a bit of a bargain price!