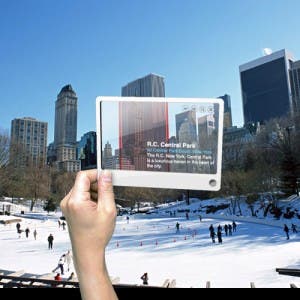 Augmented reality is really catching on from basic applications that find business close to your location to powerful gaming application that monitor your movements and surroundings to influence play, we are beginning to see the relatively new technology popping up everywhere.

Senscape are a group of developers from China who are working on an easy to use, friendly, augmented reality platform for developers to base there applications and games on.

The idea of AR is to remove physical input devices from computing, such as a mouse or keyboard and layer software over the real world. This can be seen in movies such as the Minority Report, where Tom Cruise and company swipe their hands about in mid air to influence computer files.
Today’s AR is not as advanced as the movie versions, but it is still very exciting, and most of all fun!

Developers for the iPhone have created a game which adds computer generated aliens on to the real world using the iPhones camera, as the player moves the phone around aliens seem to appear in real life, when viewed on screen, where they can be shot at using the games controls.


Senscapes’ version of AR is currently directed at businesses, education and tourism where  digital content can be picked up by a device through the internet and used in conjunction with on board phone sensors to create useful learning, navigation and business tools.

For more info on Senscapes augmented reality platform and to learn about the developers behind it, head over to tech blog Technobe to see the interview they have posted with Senscape.