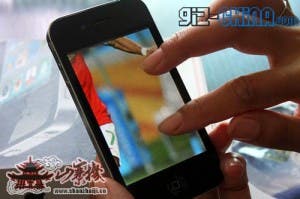 It’s safe to say that iPhone 4 counterfeiting peaked when the GooApple 3G launched, but that’s not to say the GooApple is the only worthy knock-off iPhone 4. Here comes the ZhouPhone Android iPhone 4 clone.

The ZhouPhone is being advertised as an iPhone 4GS clone on Taobao (China’s Ebay) and if it packed new advanced iPhone features that would be fantastic, but it doesn’t.

What the ZhouPhone i89 does do though is bring us the look and feel of the Apple iPhone 4 and merges it with the usability of Google’s Android OS (Froyo 2.2 in this case) in an affordable package. 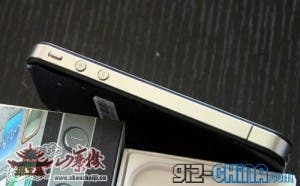 The body of the ZhouPhone, like the GooApple 3G, is almost a 1:1 replica of the real iPhone 4. Only a few tell tale signs will show the more keen eye’d phone users that your iPhone 4 isn’t all it appears to be.

Measuring 9.3mm the glass and stainless steel body get the same switches and controls as the genuine iPhone 4. The front (2 mega-pixel) and rear cameras (5 mega-pixel) are both there too as is the LED flash. 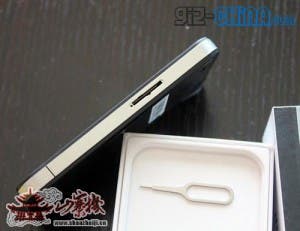 The only giveaway, in fact, is the larger SIM tray in the side. Like the GooApple 3G the ZhouPhone i89 uses a conventional size SIM.

The ZhouPhones engineers have done a sterling job at bring an Apple like iOS experience to their Android device.

Home screen and menus looks as they should on a genuine iPhone 4. 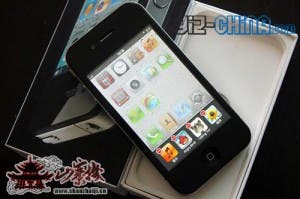 Multi-tasking and folders even work the same on the ZhouPhone as they would on the iPhone. 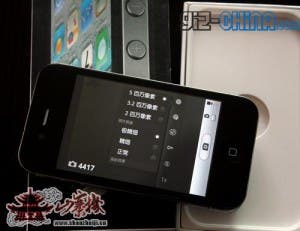 But there are chinks in the armour, in this case the camera app on the ZhouPhone i89 is a generic Android one. This is not really a bad thing though, as the vanilla Android camera brings a lot of functions to the camera the iPhone’s camera app lacks, such as bulit in white balance adjustments, mode and lighting adjustments and built in panoramic photo option.

Under the ZhouPhone’s Fake iPhone Body

Under the skin the ZhouPhone i89 lacks the grunt of a real iPhone. The capacitive multi-touch screen only has a resolution of 320 x 480. 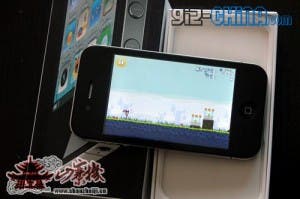 The MediaTek MT6516 CPU is only clocked at 460Mhz and there is only 256Mb of on-board RAM, there is also no option for 3G connectivity, although there is Wi-Fi, Edge and a GPS built in.

If you want to buy a ZhouPhone iPhone 4 clone visit their Taobao shop here.

Next China's Fake Apple Stores Have a Name Change: Smartstore and iParty