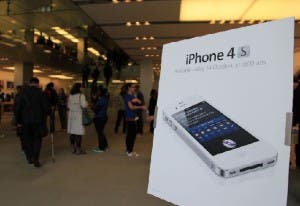 iPhone fever has spread like wild fire in China with people lining up outside stores in the hopes of the iPhone 4S release, smuggling and grey market sales, not to mention the booming knock-off industry!

White there are iPhone’s in China that do support the local 3G network connection, up to 10million iPhone users are using 2G data connection for their super popular smartphones.

There are many reasons as to why China’s users are on 2G instead of 3G , for example many of those iPhones, especially the last generation iPhone 4 came to China via the grey market and can only be unlocked using a jailbreak if the iPhone is running iOS 4.0.1!

Anyone getting a later phone or updating, has to revert to using a Gervy card which will apple the iPhone to act as a phone buy will only allow Edge or 2G connection speeds.

Other reasons could be that many phone numbers were registered to users anonymously, and if those users want to swap their current number to 3G they will have to register their real name and address!

Via: Gizmodo, Cult of Mac

Next Alipay looking to take a chunk of Paypal's monopoly!