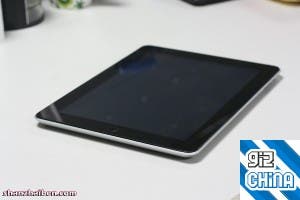 This iPad 2 knock-off from Chinese tablet maker Grefu has been floating about as vaporware since almost the same time the genuine iPad 2 was launched by Apple!

Like most of the tablets we are seeing coming out of Shenzhen, this iPad 2 wannabe actually has a great looking specification and can easily hold its own, on paper, against bigger brand Andorid tablets or even the genuine Apple iPad 2.

Under the sleek tapered alloy body, which at 11.5mm is ever-so slightly thicker than the real iPad 2, Grefu have managed to squeeze a 1.2Ghz CPU with a whopping 1Gb RAM! Those specs alone are enough to make an iPad or iPad 2 owner green with envy, as the real iPad 2 is only clocked at 1Ghz and has just over half the RAM!

Unlike the Apple tabelts, the Grefu iPad 2 clone only get’s 4GB of built in memory, but also has a micro SD card reader which can boost total storage space to 36GB!

There is also HDMI out to you can hook it up the knock-off up to a flat screen TV and mini USB. 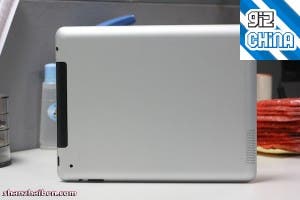 As you can see from the rear of the Chinese made iPad 2 counterfeit, this Android 2.3 replica has both from and rear cameras, but again these units are rated much higher than the cameras you will find on the iPad 2, with the rear being a 3 mega-pixel unit and the front a 2 mega-pixel. 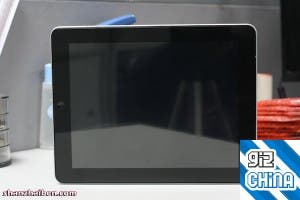 The screen on this knock off is a 10 point multi touch capacitive unit, measuring 9.7-inches and resolution is 1024 x 768.

There is also wi-fi, Bluetooth, optional 3G, and a huge 7600mAh battery which is claimed to provide 7 hours of usage!