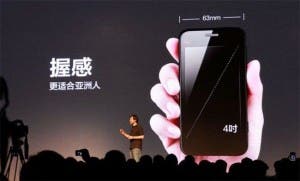 The Xiaomi phone with MIUI has really been attracting a lot of attention in China. It’s great looks, fantastic specification and very low price have guarantted it to be a success. So the question here is not ‘if’ but ‘when’ will a second generation Xiaomi phone hit the stores?

According to a developer over at the MIUI developer forums, the next generation Xiaomi ‘Millet’ phone, possibly named “mi-two” might already be in the advanced stages of research and development now.

While no details or firm confirmation has been made, news of a new Xiaomi is likely to run Android 4.0 which will  excite fans, while putting a lot of pressure on other local smart phone brands such as Meizu!

Next Asus Transformer Price Goes In Front of the Lens