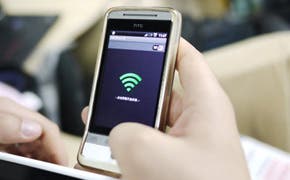 If I heard that Qingdao was getting a 60% coverage of free Wi-fi across the city I would be over the moon! Instead I’m sat here tethered to my iPhone running up my already high bill.

But the lucky folks living in China’s capital will be able to make use of a free Wi-Fi service, MyBeijing, before the end of the year.

The free wireless network has been developed my Chinese mobile phone networks, China Mobile, China Unicom and China Telecom, and will provide up to 90,000 free hotspots to Beijingers with a speed of around 2bps.

People in the capital are not overly happy though and believe the system, which requires users to login with their phone numbers, will be used to make money by sending junk and spam texts to those registering.

The MyBeijing network will kick off before the end of the year for a 3 year trial, during which the system will be completely free. Let’s just hope other large Chinese cities plan a similar system.